My Relatively Ambitious Plan for a Trail Run

File Under: Further Reasons Why the Pacific NW Is a Trail Running Paradise

I was recently looking at a map of the Mason, Pratt, Olallie, and Talapus Lake area and noticed that two trail runs that I've run separately are actually connected.

If you look at this map (directly below), which is from the Mason Lake trailhead, you'll see three distinct trail segments:

NOTE: These images are clickable, as they contain fairly detailed data. 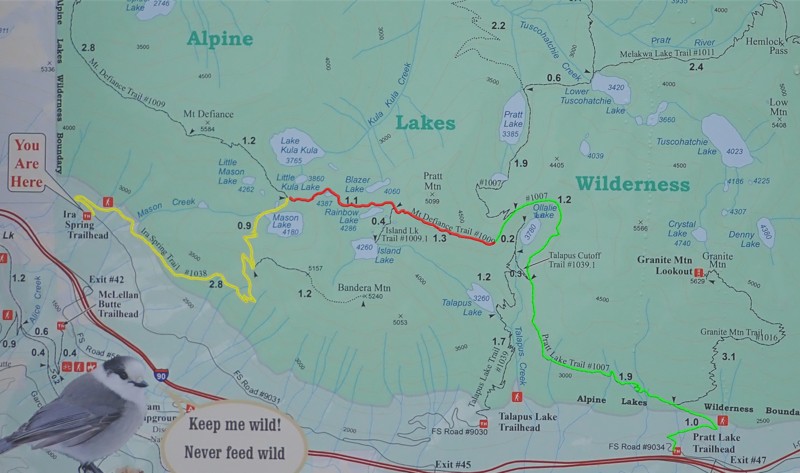 There's no good reason I've never run the connector; I just didn't know it existed until a few weeks ago when I tried to run to Island Lake and was thwarted by really deep snow and had to turn back. (I got home and wondered: "Where the heck did I end up anyways?")

Anyways, here are two runs from this year, put on the same map. You'll notice it's the exact same area as that map above. The Mason Lake and Pratt Lake paths are actual Garmin data from those runs, while the red segment is the as-not-yet-run part of the trail:

Note: For those of you paying close attention, there's a small blue segment near Mason Lake. That's where I was just running for fun and to explore the area around the lake. I drew it in because the GPS data I ended up with is messy. 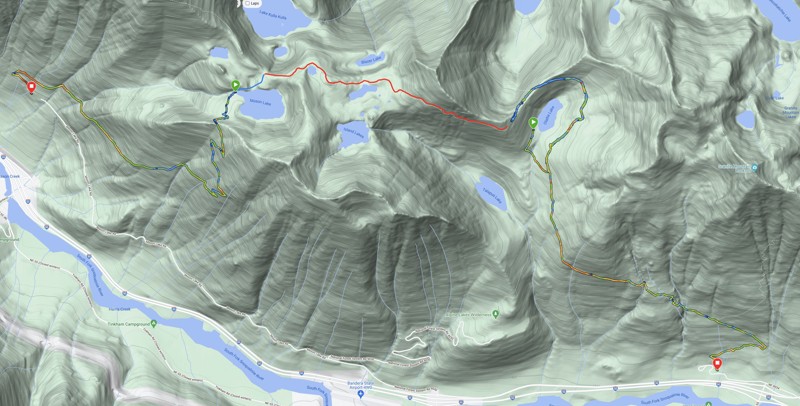 Now, are far as stats are concerned, here are some relevant ones:

You might be thinking: do you know you can run that far?

Check out this map of the same area: 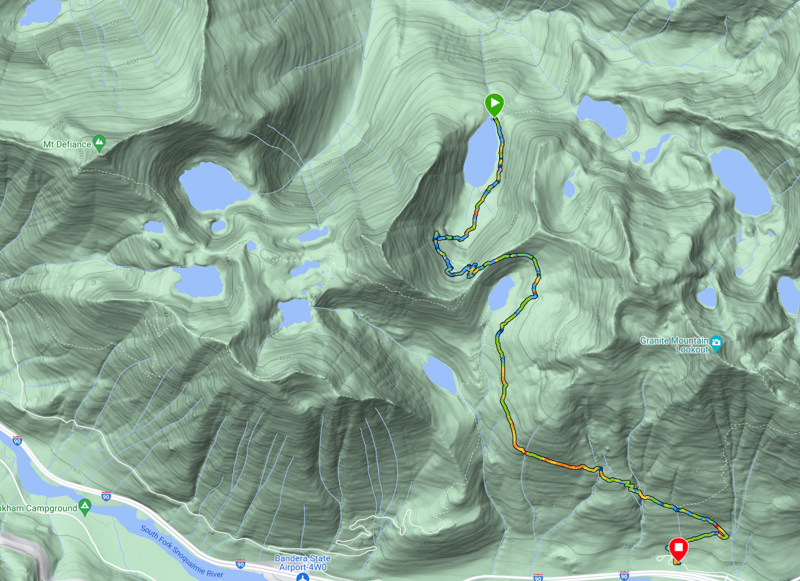 A Run In Which I Actually Made It To Pratt Lake

You can see it's the same as runs shown above, for the first 3 miles, until I got to the lake basin ridge. At that point, I descended into the basin to run to the lake. I forget how far the distance is from the ridge to the lake but it's approximately 1.5 miles one way.

The way back adds an additional 740' of elevation gain (to get out of the lake basin and back to the ridge), for a total of ~2,700' of total gain for the run.

You can visualize wrapping the Pratt Lake Basin part of the run across the red segment (The Mt Defiance trail in the 1st image above) and it would connect to the Mason Lake trail and make a contiguous run.

Footnotes:
[1] Honestly, it was ridiculous. I can be a very un-careful man when making decisions like "Should I attempt to cross this creek or not?" and on that winter day, I only spent 10 seconds deciding, whereupon I turned back*.
* This is coming from someone who spent a good 20 minutes trying to cross a creek in North Bend, and ended up doing so by crawling across a wet, slippery tree that had fallen across the creek a few years prior. There was absolutely nothing safe about my decision.
[2] Plus, the 1st 0.4 miles of that trail just sucks. It's all rocks and roots. It's exceedingly difficult not to trip/fall/become-injured-in-some-way when running it.
[3] It's theoretically possible anyways. That Pratt Lake run was incredibly difficult, so I'm not saying it will be easy.
&ndsp