Here's part of the spreadsheet I keep to see how the trails compare. I'm pretty sure green means: 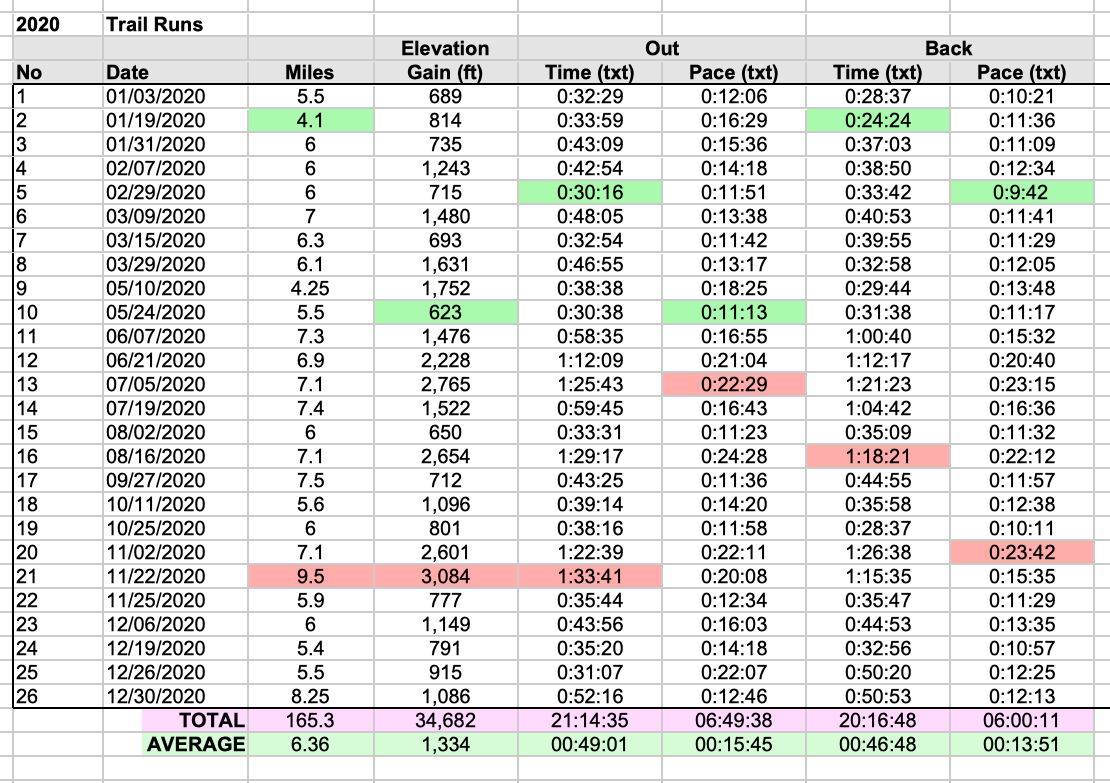 Did I Mention I'm a Big Fan of Spreadsheets?
Footnotes:
[1] I've never really talked about why I made this decision. It's largely based on my perception that I have a limited number of miles I'll be able to run in my lifetime, and so I need to (a) use them wisely and (b) conserve them. I was in a pretty bad car accident when I was 16 years old and both of my knees were injured. Since then, I've struggled with periodic pain when running, and feel lucky that I'm still able to run as much as I do. I figure: if I have a limited number of miles I'll be able to run, well, they should be the most satisfying, fulfilling, and interesting miles.
[2] The calculus behind the number 26 is as follows: I have, at most, every other Sunday morning free (due to my custody schedule), and so that's 24. Add in Thanksgiving break, Christmas break, and spring break, that's 3 more. I figure I won't be able to make all of these, so, let's plan on skipping one.
&ndsp