There Are So Very Many Unmarked Trails in WA State

This post is a preview to the upcoming "Why North Bend is a Trail Runner's Paradise" post, which is forthcoming.

I've been exploring some unmarked trails over the past few weeks and I finally ran one of them today. (I make a mental note when I see an unmarked trail and then await an opportunity to run it. It ws approximately one year between when I noticed this one and when I ran it).

It's not a long trail, though I have to admit that I stopped because I lost the trail when I got to the ridge, so it's entirely possible that it continues further up/along the ridge.

I stopped at the 1.6 mile mark (from where it forks off of the CCC trail).

While it isn't a long trail, it's incredibly steep. The elevation gain was 1,552' over 1.6 miles of linear distance, which if you think of it is about as steep as trails get. (1,000' of elevation gain per linear mile is about the steepest trail I've either run or hiked).

At approximately the 1.2 mile mark, there's a short branch off to the right labelled "Vista". This is a photo of the vista, which is clickable for a hi-rez version: 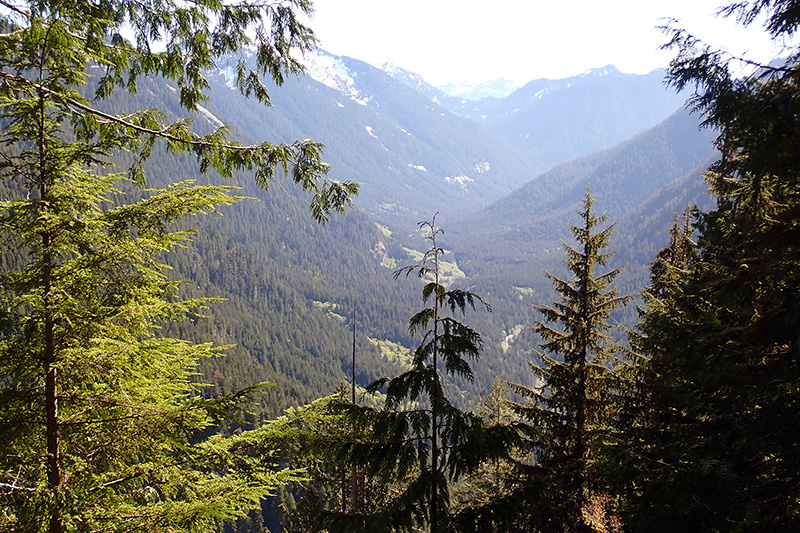 It's a NE view overlooking the Taylor River river valley. Here's a second photo, because I can't decide which one's better: 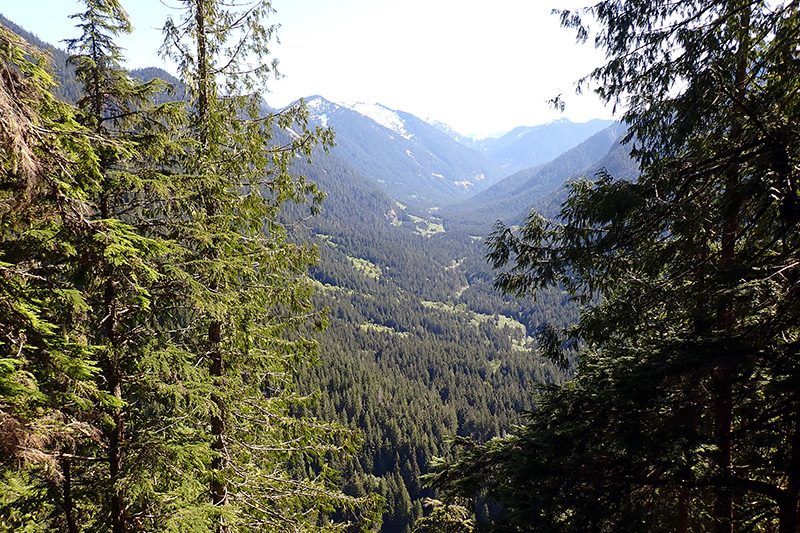 To make sense of this, see the red arrow in the next photo. That's where I'm standing (and in which direction I'm looking) for those photos. There are a number of really popular trails down there, including Otter Falls. Also unmarked is the Marten Lake trail, which I've run a couple of times (I'm waiting for the snow to melt to run it again). 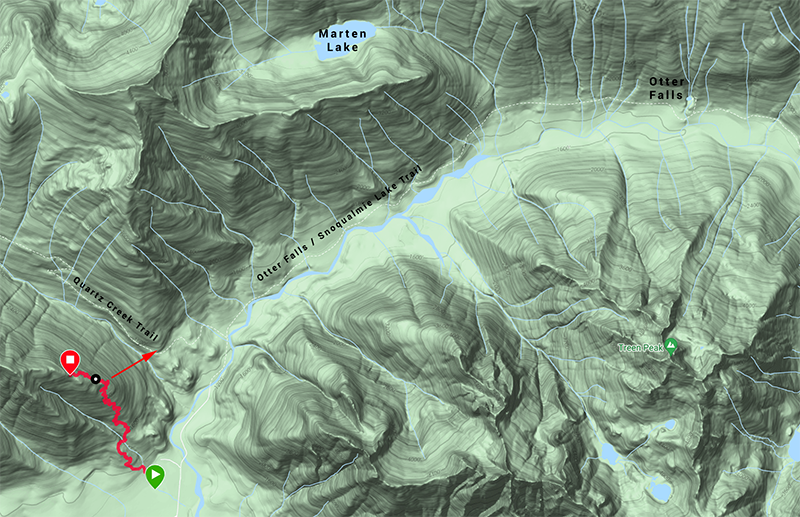 Topographical Map To Help Get Your Bearings

The area below the vista is a very popular hiking destination and includes hikes such as:

Incidentally, Otter Falls makes for a great trail run if you want to maximize your chances of an ankle injury (it's so so rocky, it's almost impossible to run without injury).

Also, Marten Lake is a fairly punishing trail run in and of itself. The elevation gain is 1,760' over approx 3.6 miles, with the vast majority of it happening in the last 1.2 miles.

Your author, exhausted but happy to be up on the ridge: 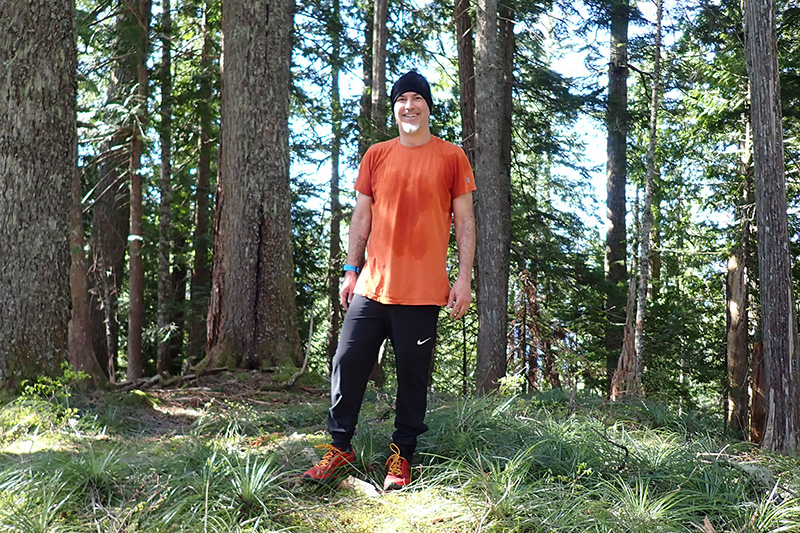 Selfie Or It Didn't Happen

There were also some nice mountain views that, while they didn't fully open up, they were lovely nonetheless: 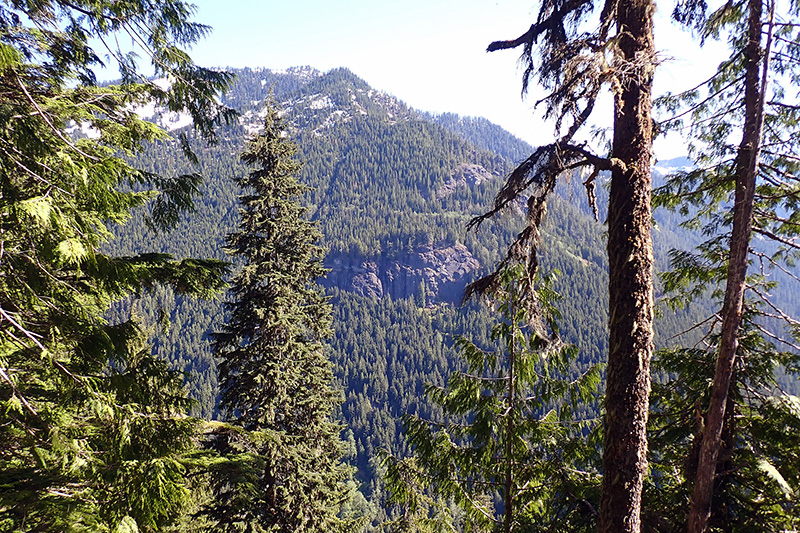 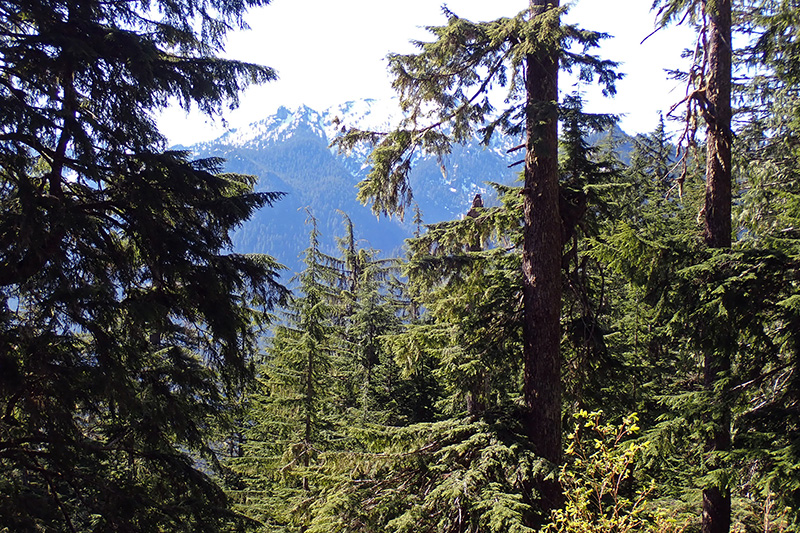 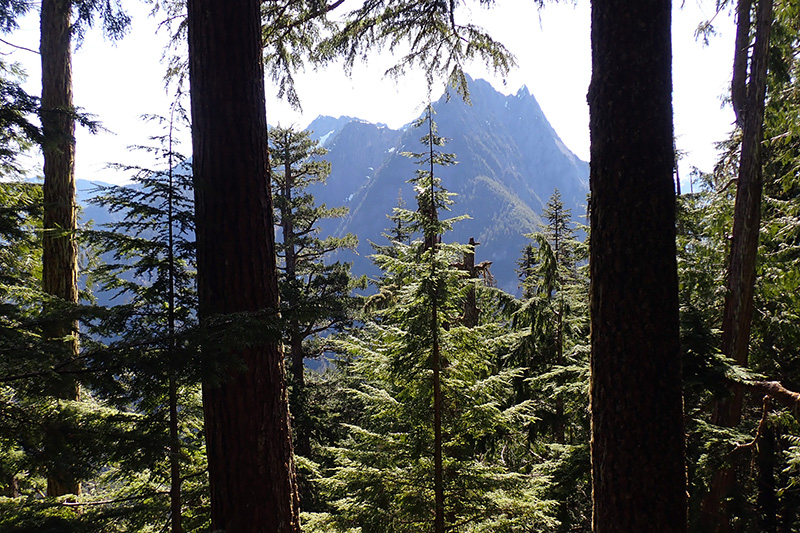 Whenever I'm in the area, I stop for a quick rest at the start of the Snoqualmie Middle Fork Trail, which is just over the bridge across the river. Today was no exception, and I ended up taking a couple of inadvertently lovely photos of the Taylor River bridge with Garfield Mountain in the background, plus the river itself, shining in the sun: 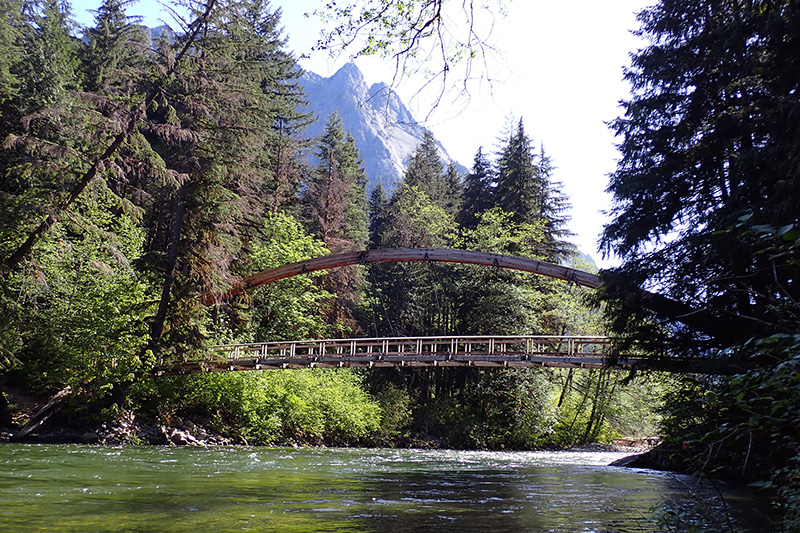 The Bridge Over the Taylor River at Middle Fork 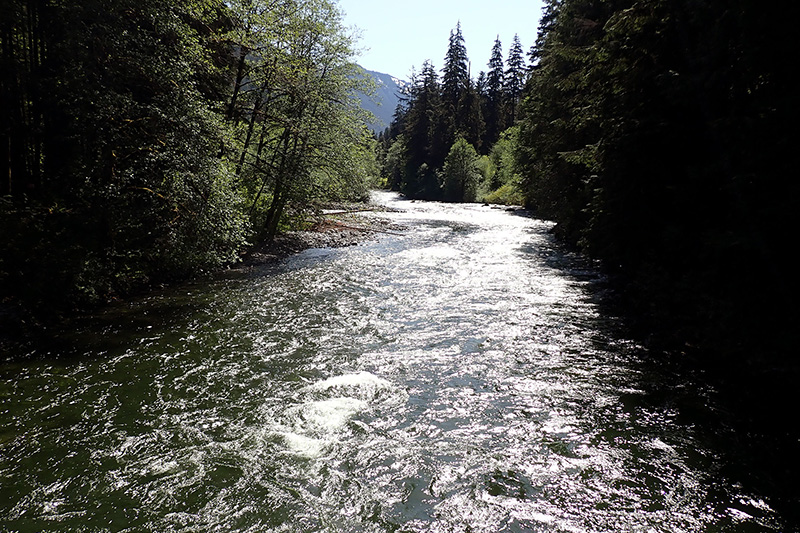 Looking Upstream From the Bridge
&ndsp