At the summit of Mount Pilchuck is a fire lookout, and inside of the lookout is a set of placards that help hikers to identify key landmarks in the surroundings. On a clear day, visibility is over 100 miles (and can be as high as 150 miles if you're really lucky).

I took a handful of the photos from my hike from two days ago and annotated them to show the landmarks. I got pretty lucky: visibility was over 100 miles, give or take, and was a bit hazy in places due to suspected wildfire smoke.

For context, here are some of the distances of mountains and Puget Sound from the summit of Pilchuck:

I'll begin with the view of Puget Sound (which is generally difficult to get in the Cascades unless you're on a mountain on the western edge, or you're up high enough and there are no other mountains obstructing your view), and walk around some of the most compelling views. 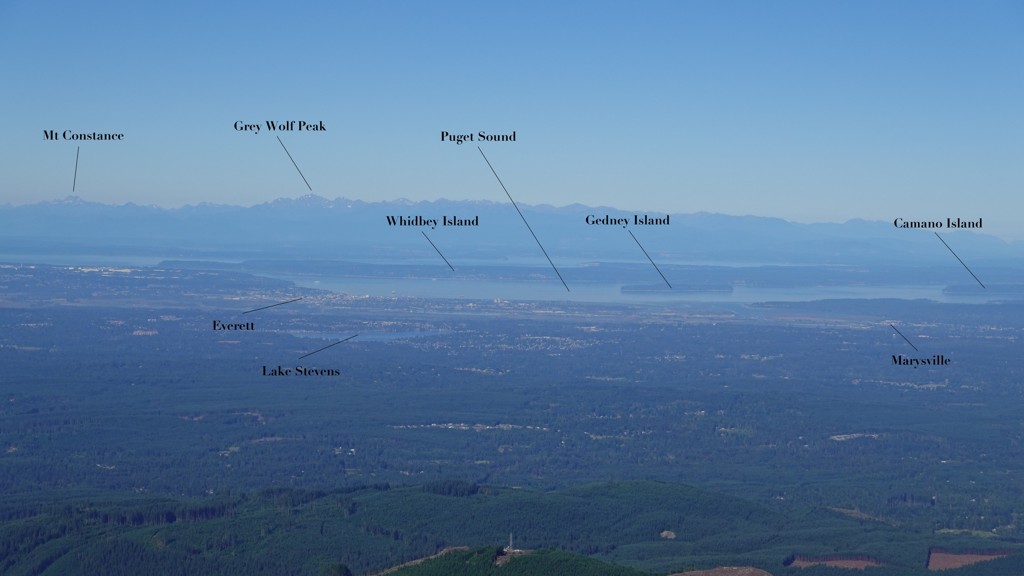 Facing West: Towards Puget Sound and the Olympic Peninsula 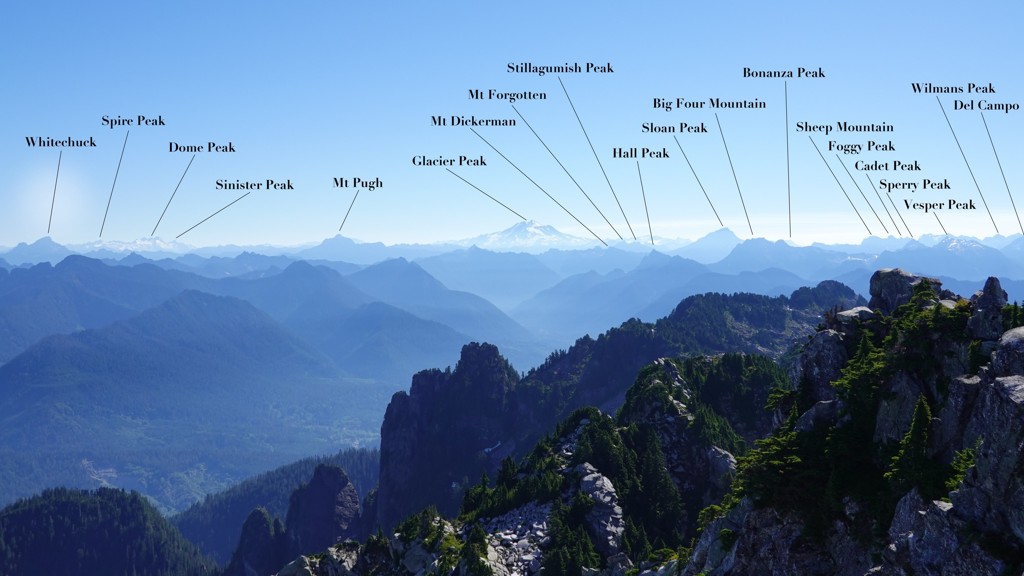 Facing East: Whitechuck to Glacier Peak to Sperry and Vesper 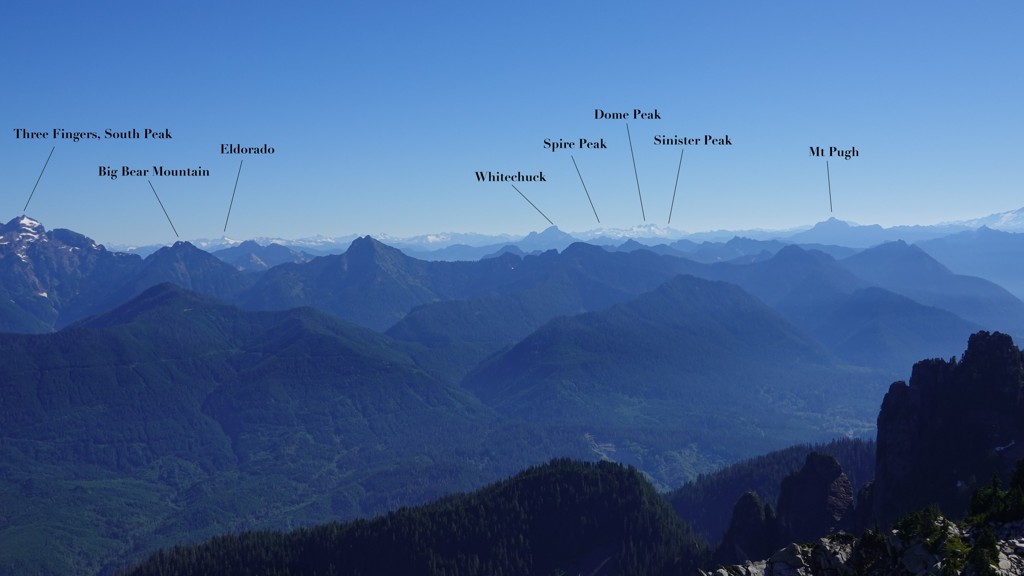 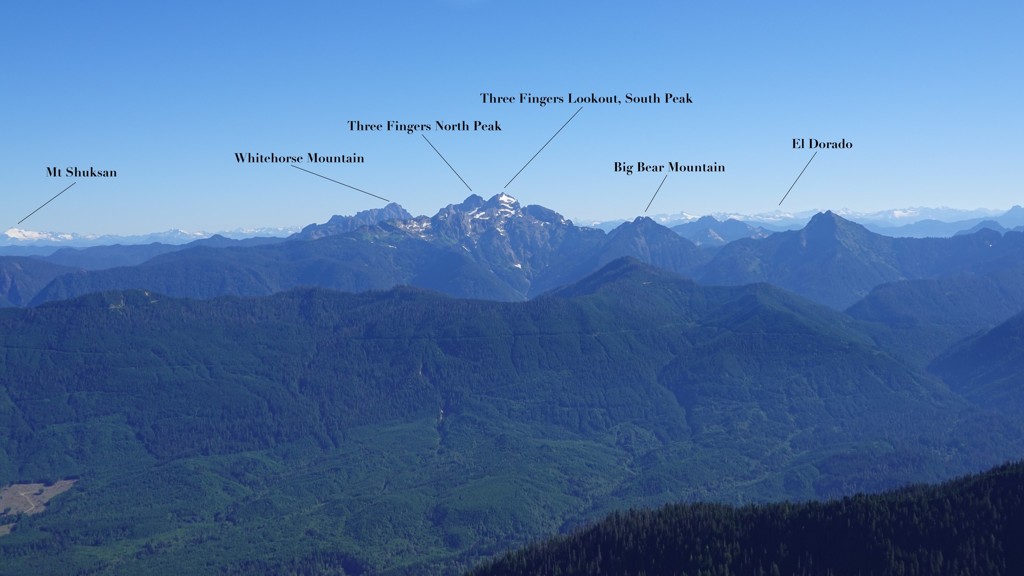 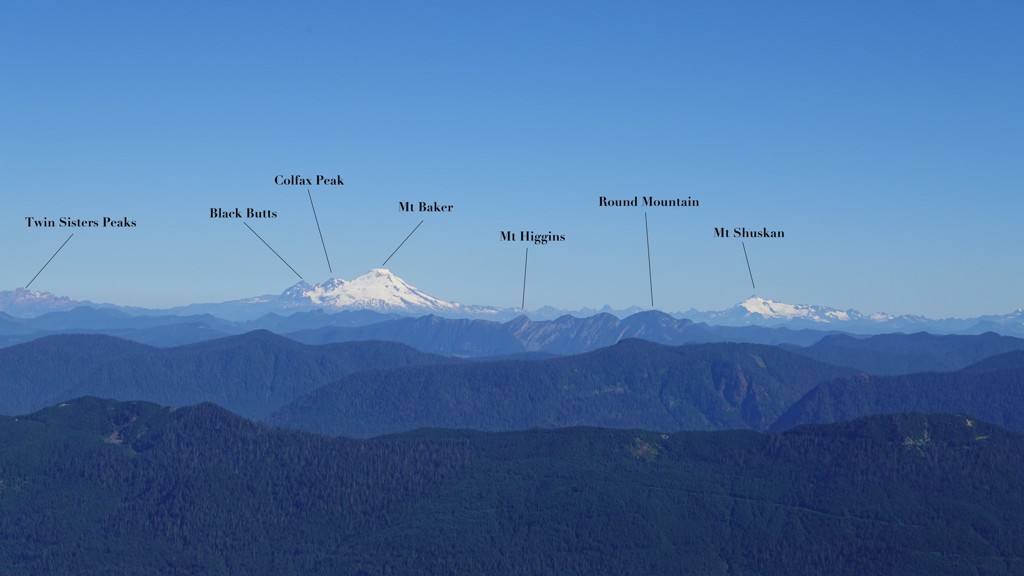 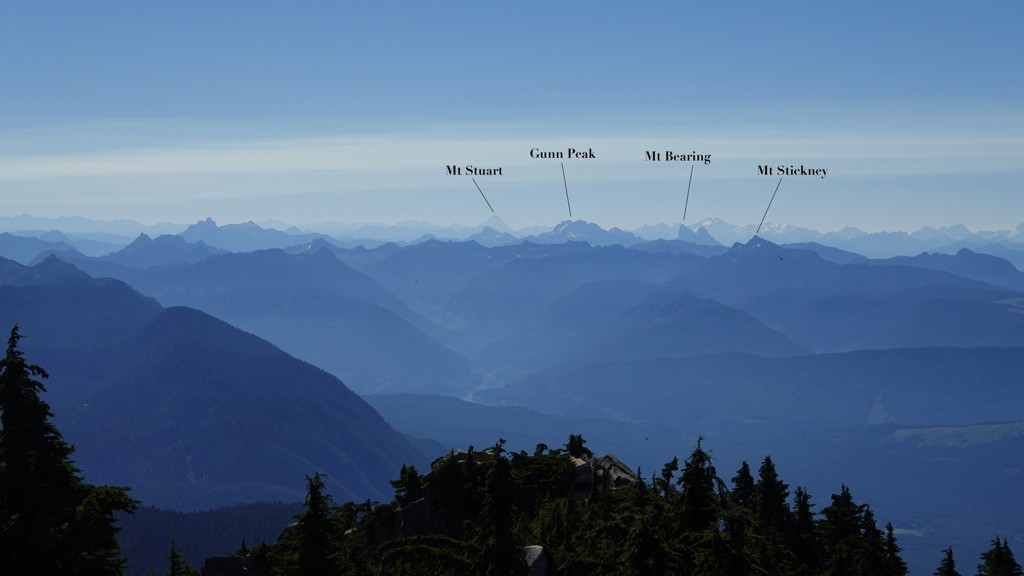 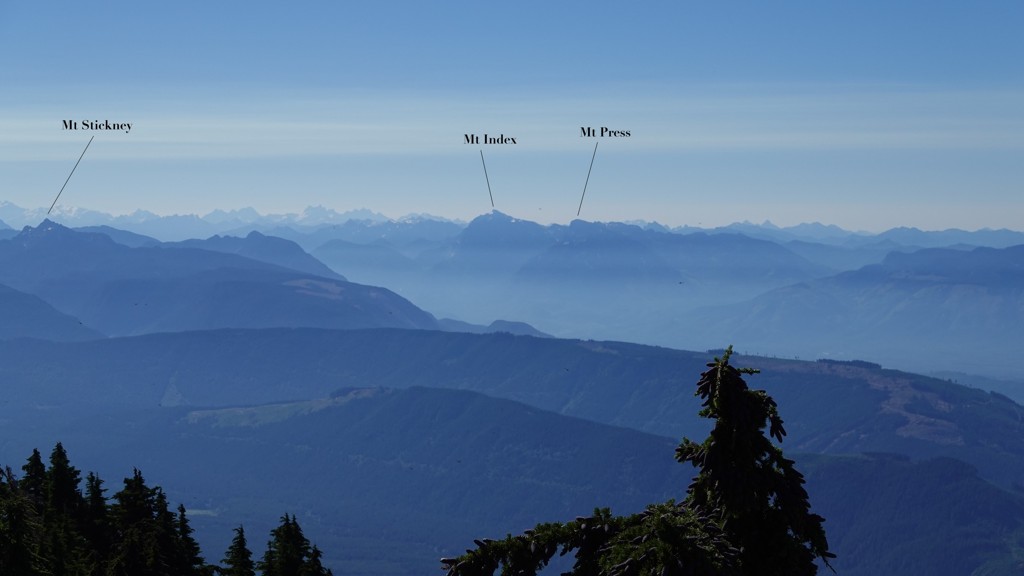 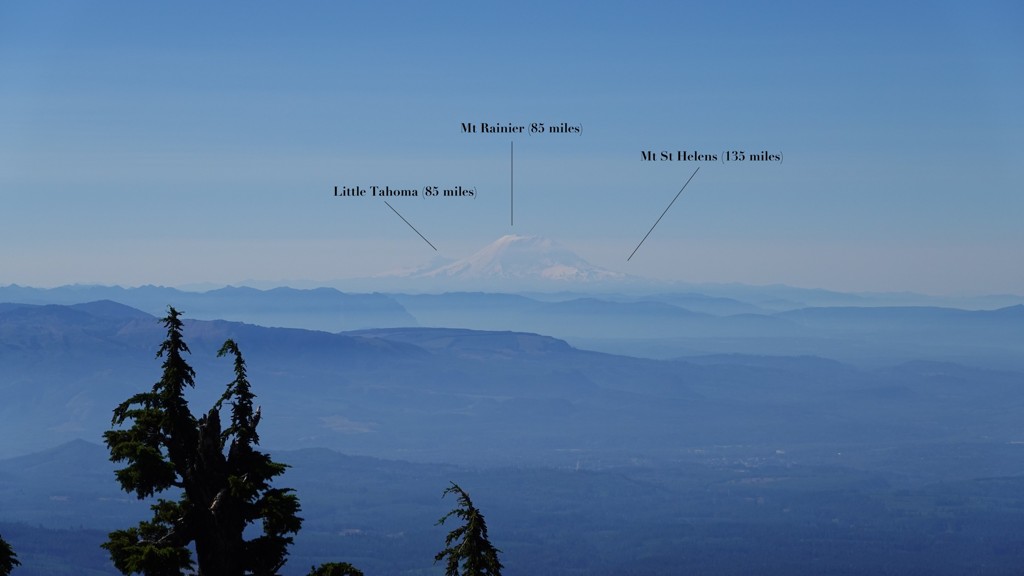