It's no secret that the hiking season here in the Pacific NW has been somewhat delayed this year. We got so much snow, and so very late in the season, that most hikes have been inaccessible. Those with any significant elevation gain that is. This included a very late opening of the Mountain Loop Highway (May 20th).

I've been monitoring the trip reports on wta.org closely and finally read that someone had summited Mount Dickerman recently, so I set out very early in the morning to try to do the same.

Here are the vital stats on this one:

And a couple of [possibly] useful links: Garmin data (there), Garmin data (back), WTA description of the hike.

It was a thread-the-needle type of day in terms of weather. It was overcast while I was driving out (with patches of sun breaking through) with showers in the forecast. Because I initially saw blue sky (as I began), this caused me to try to hurry up (as much as this is possible anyways) to try to summit while there was some blue sky.

Here's a map of the route to the summit. Those of you who are familiar with this trail can see it's the "summer trail" (there are two, "summer" and "winter", with the winter one being slightly shorter but also very steep at the ~3 mile mark):

(For those of you who like to know about such details[1], I took the "winter route" and colored it in yellow and overlayed in on top of the "summer route") 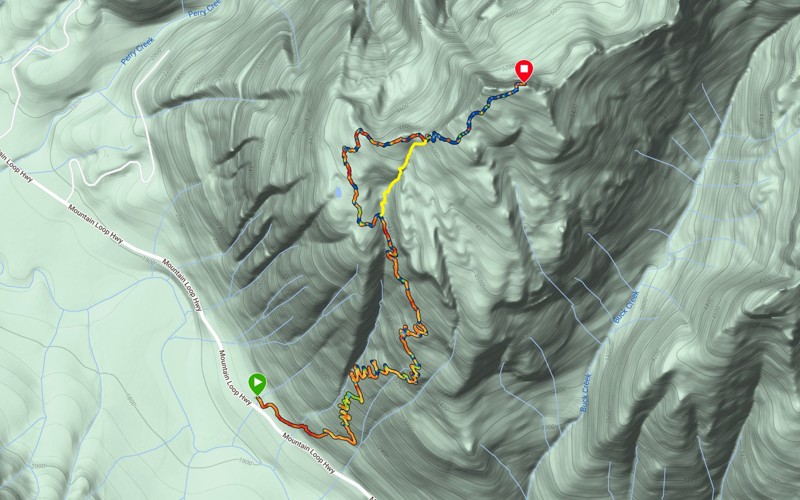 Also worth noting: this one is steep. Approximately 1,000' of elevation gain per linear mile hiked. It's actually a decently tough hike for being such a shortie.

All the gear: I used gear for (a) snow, including microspikes (b) rain, as the sky opened up as I began my descent and (c) sun protection, as it was really sunny near, and at, the summit. For perhaps the 1st time I've ever hiked I pulled out all of my gear for some wacky Pacific NW weather.

As the views started opening up, I pulled out my camera only to find out the battery was dead. As a result, the very 1st thing I did at the summit was to plug in into a backup battery via a microUSB cable and let it charge. As it turns out, this works quite well and 15 minutes will get you enough juice to take some photos: 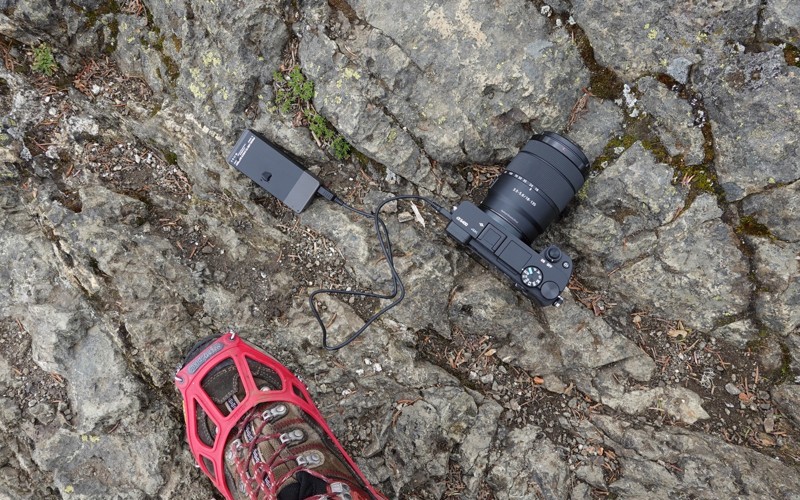 Also kind of cool: if you have a decently long cable, you can mount your camera on your backpack strap and leave it plugged into the charger while you're hiking (which was what I did until it began to rain).

Here are a Handful of My Favorite Images

(Note those images are clickable for decent-rez versions)

I realize some of these are redundant, and that it was cloudy, but please realize just how lucky I was to get any photos at all. I was one of only two people on that mountain that morning (I met a guy on his descent when I was ~1 mile from the summit), and that while I was on the summit, the sky opened up and it began pouring rain, so I feel pretty lucky. 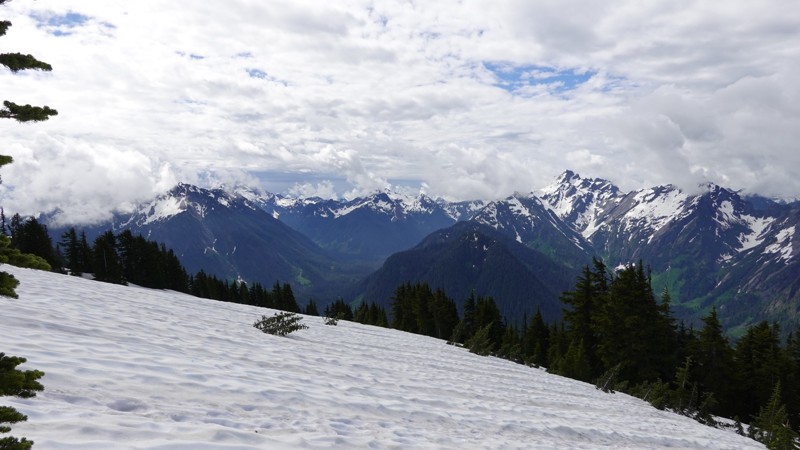 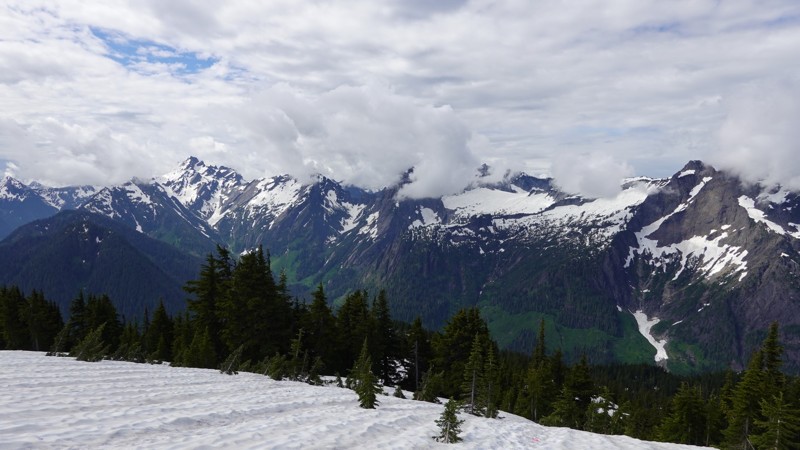 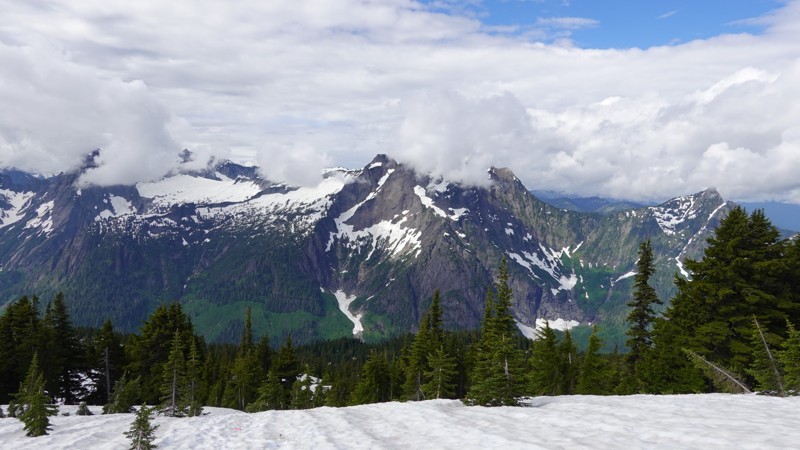 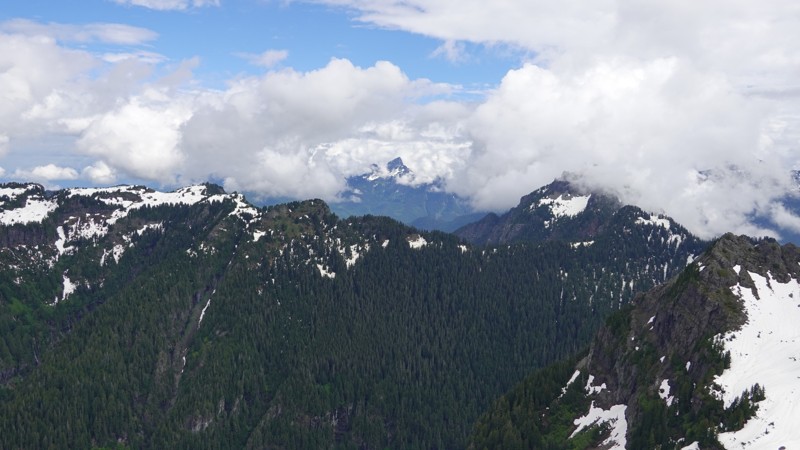 Looking north over Stillaguamish Peak. Mt Pugh is in the center 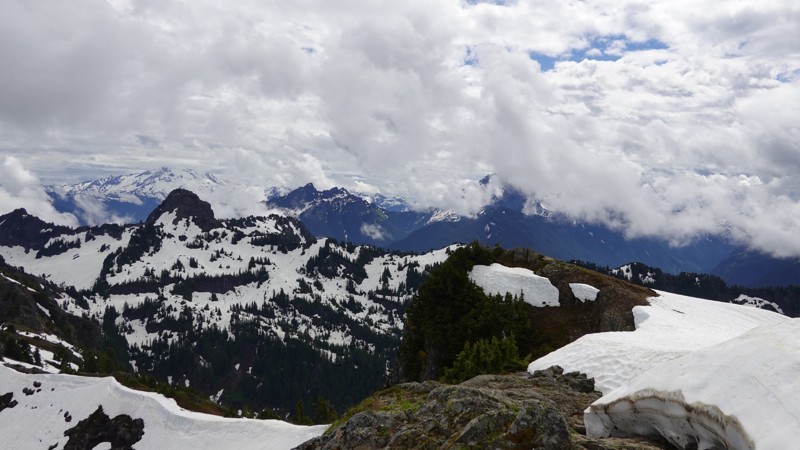 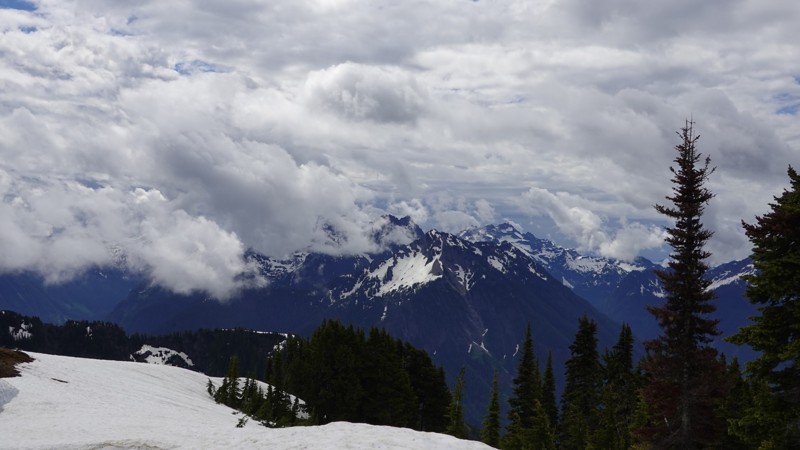 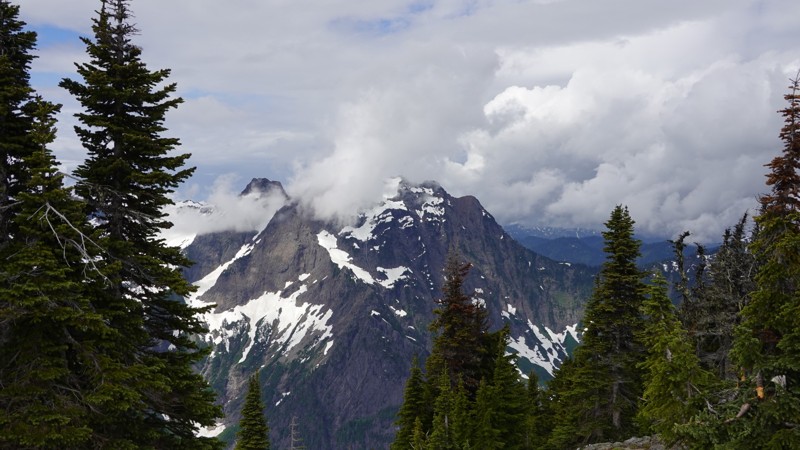 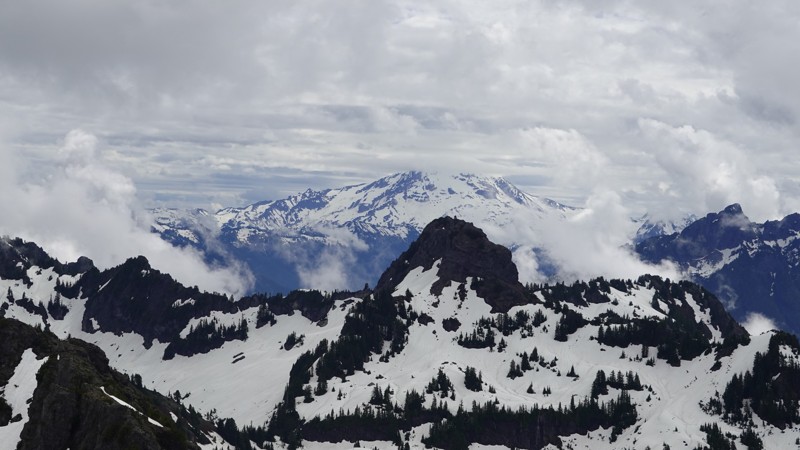 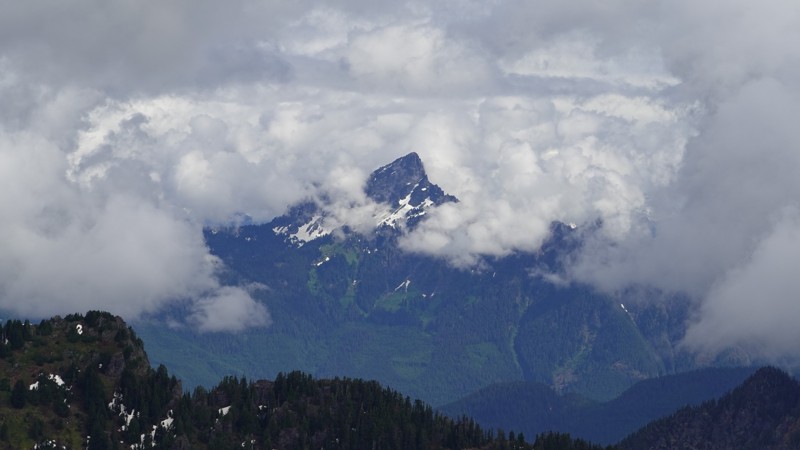 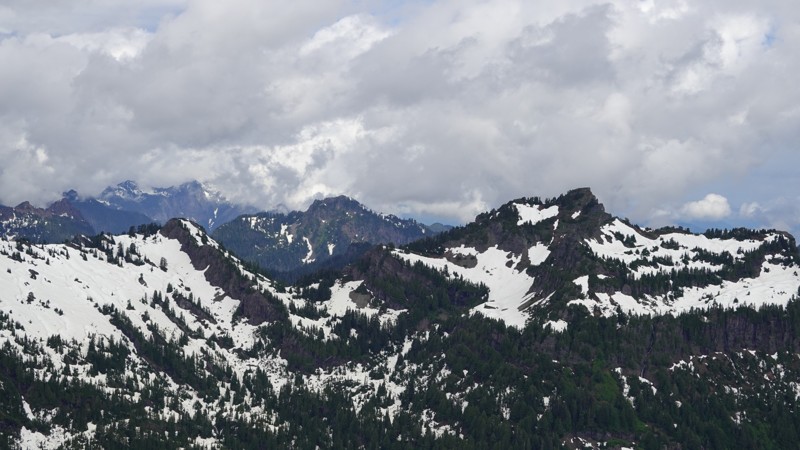 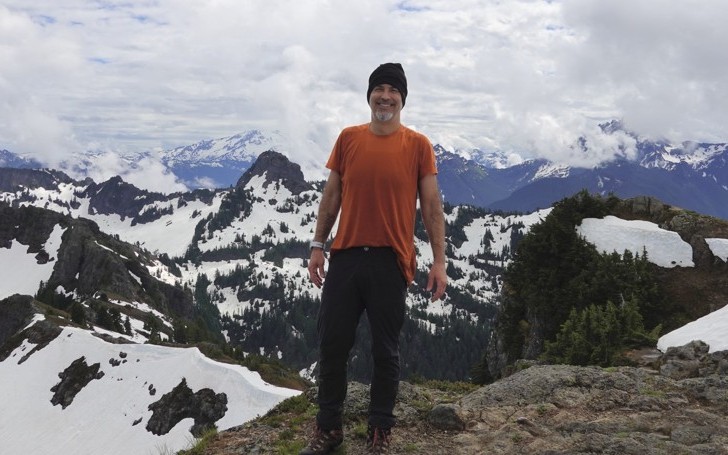 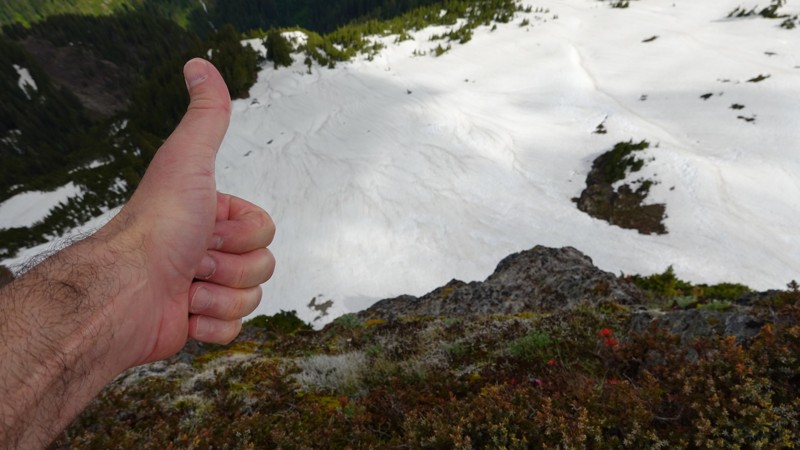 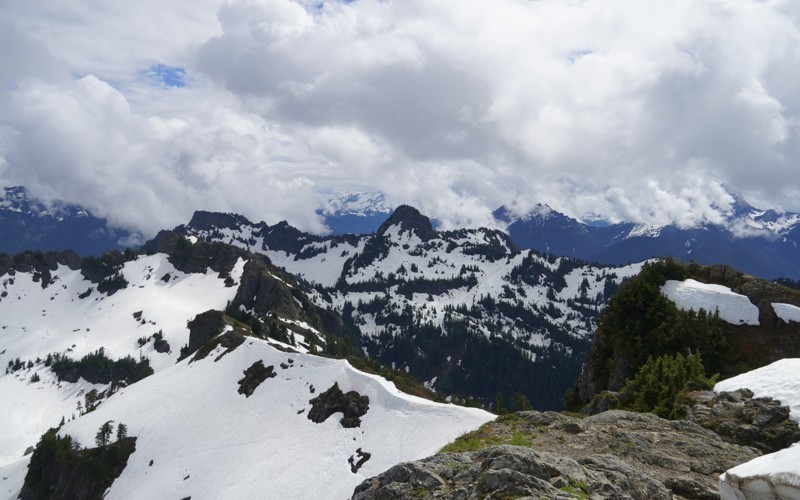 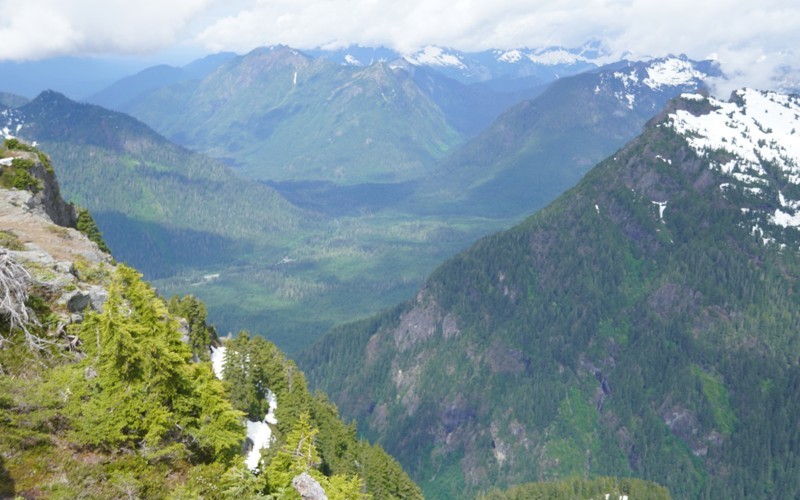 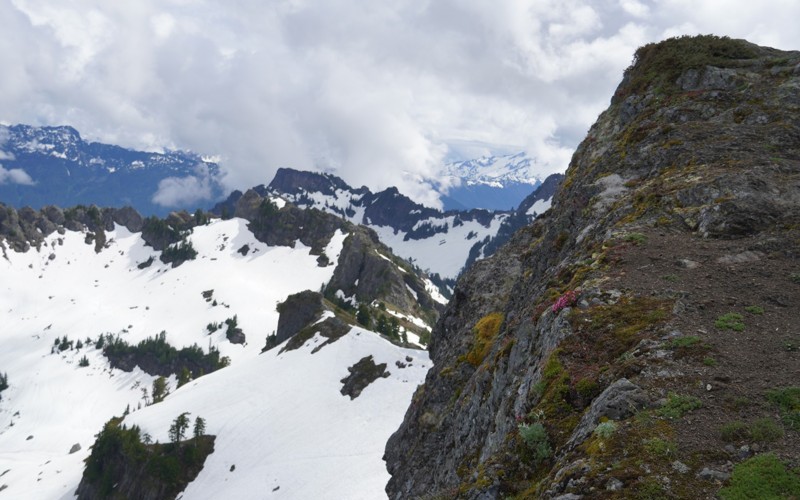 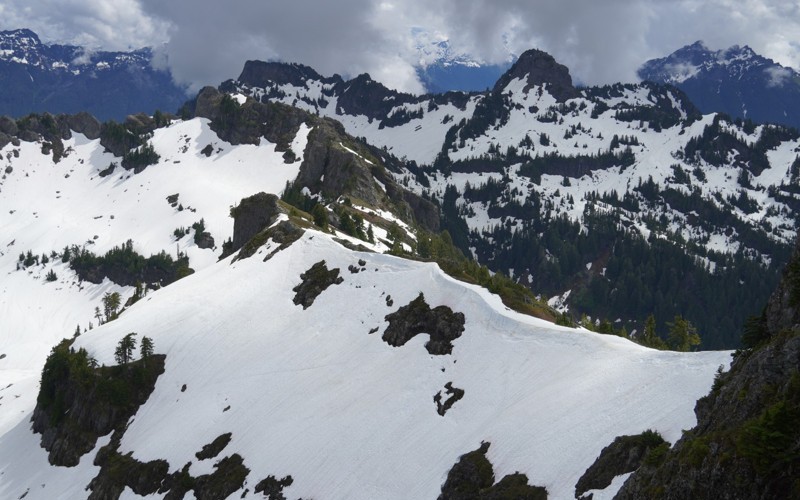 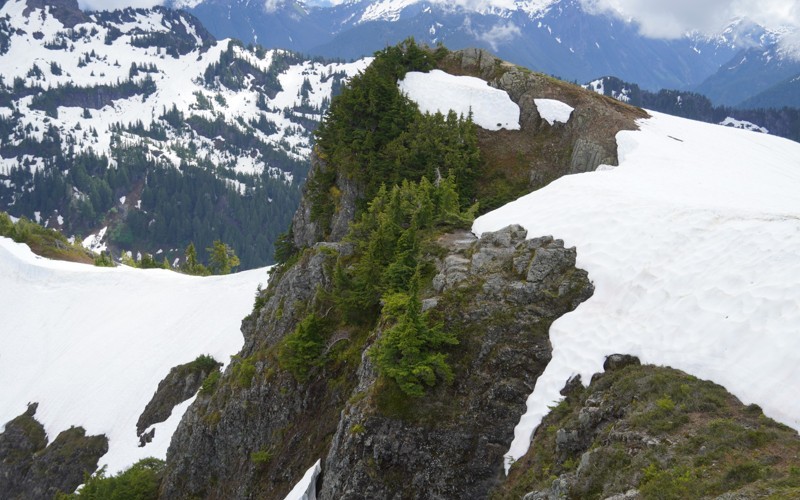 Another Good One Showing Topography 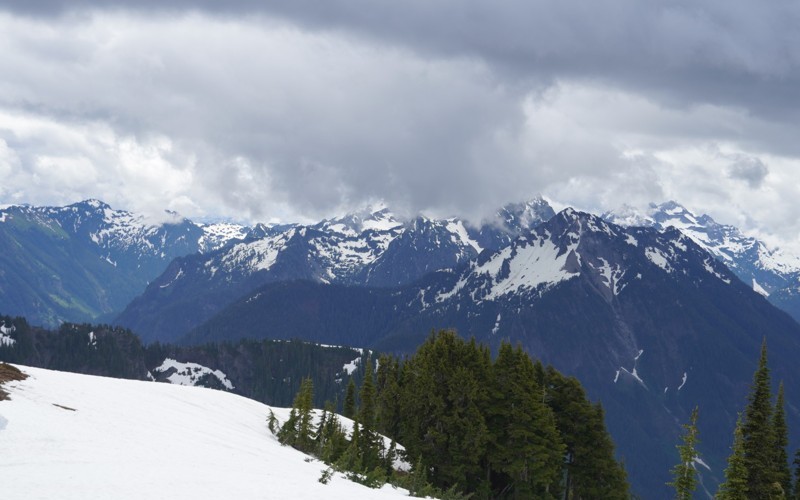 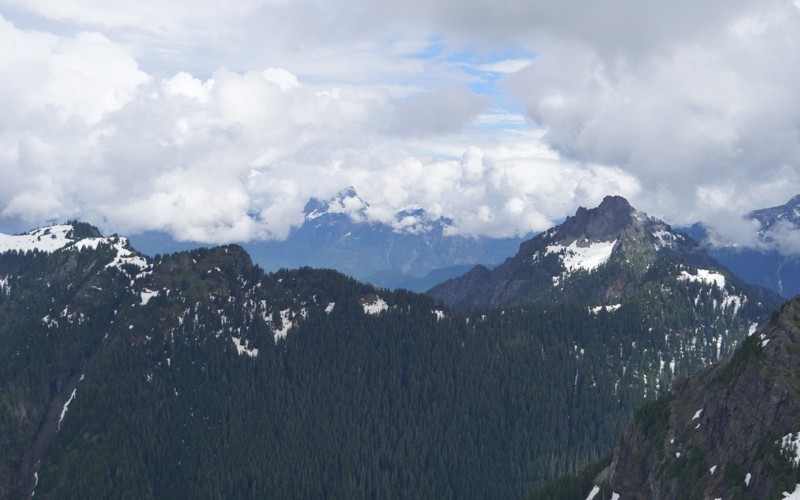 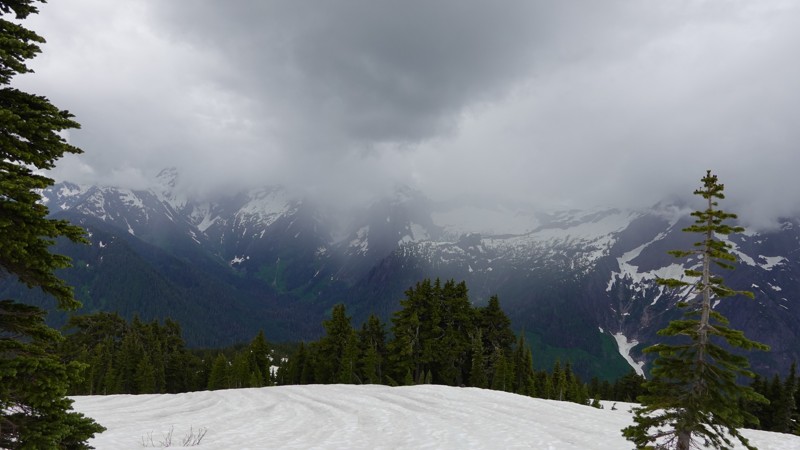 Wrek'd By Rain As I Began My Descent
Footnotes:
[1] None of you. Literally no one.
&ndsp