Just About This Time Two Years Ago, We Launched zulily

Just about this time, exactly two years ago, Darrell Cavens sat on my kitchen floor with his laptop as we launched zulily.com.

This was after a relatively frantic few months in which we (a) built a quick site to start aggregating an email list (which ended up collecting a handful of 10s of thousands of email addresses) (b) hired a small (but mighty) team (c) found a domain name (way trickier than it seems) and (d) customized and installed a behemoth, labyrinthian, recondite CMS to get started with a single product.

We spent the next 4-5 hours finding, and fixing, bugs.

I tried to get Darrell to drink some alcohol to prevent the aforementioned multi-hour-debug session (which I knew was coming) ... and while he did have a glass of Baileys, my overall plan was a total failure.

Initially, I thought we could run the whole site of a pair of VPSs ... in hindsight: maybe not so much.

Here are a couple of very early screenshots, for the historical record: 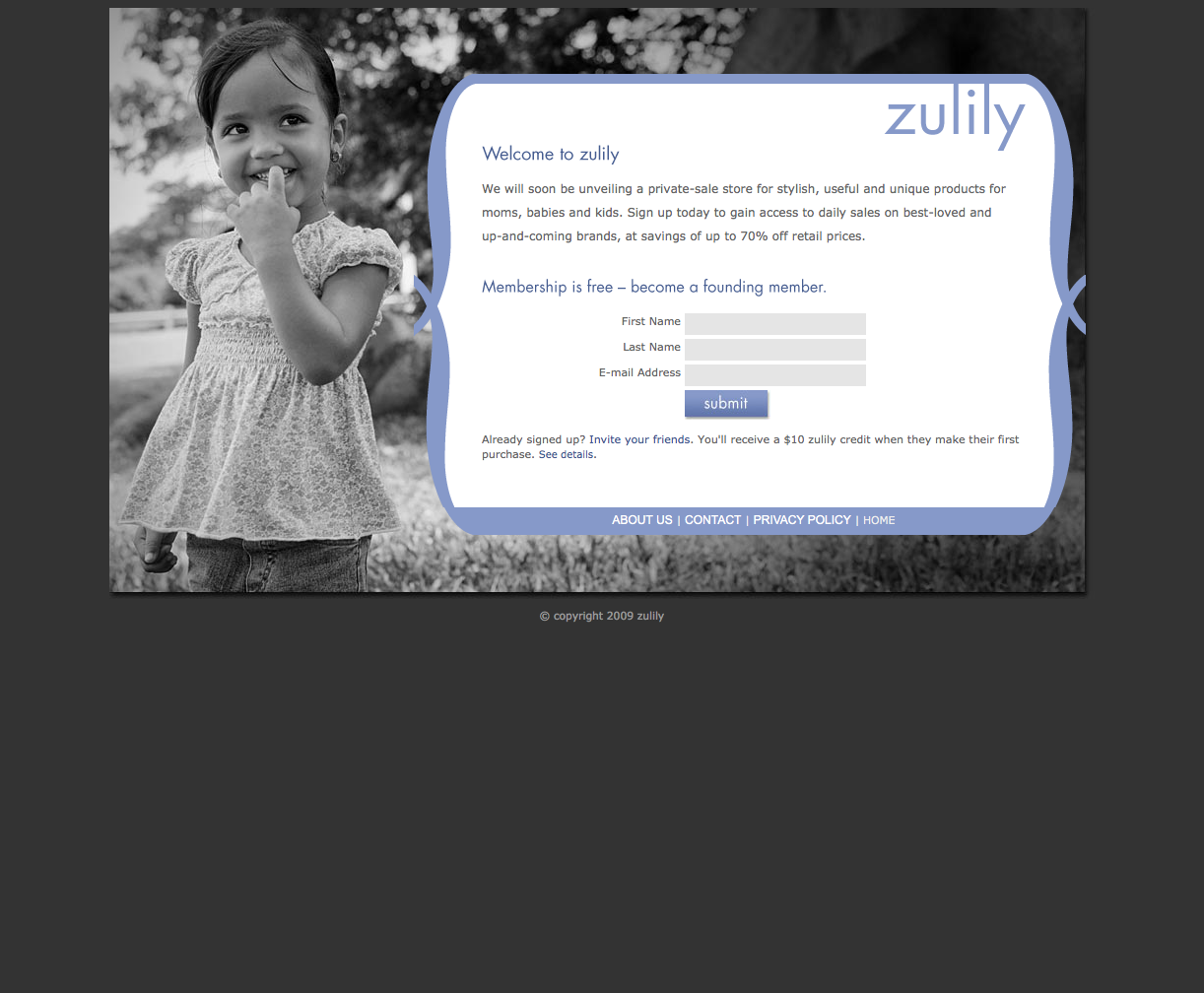 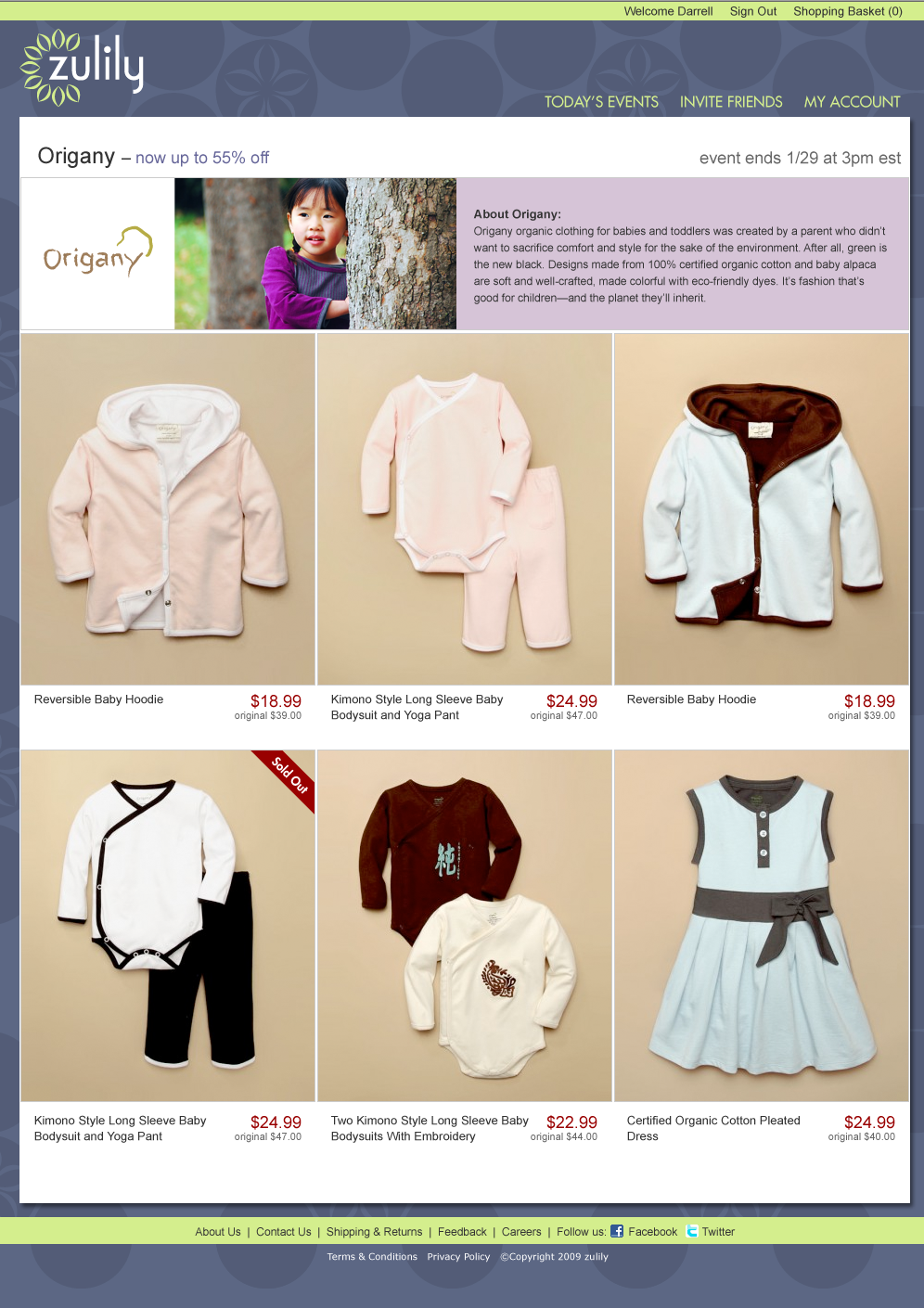 The Oldest Homepage I Could Find 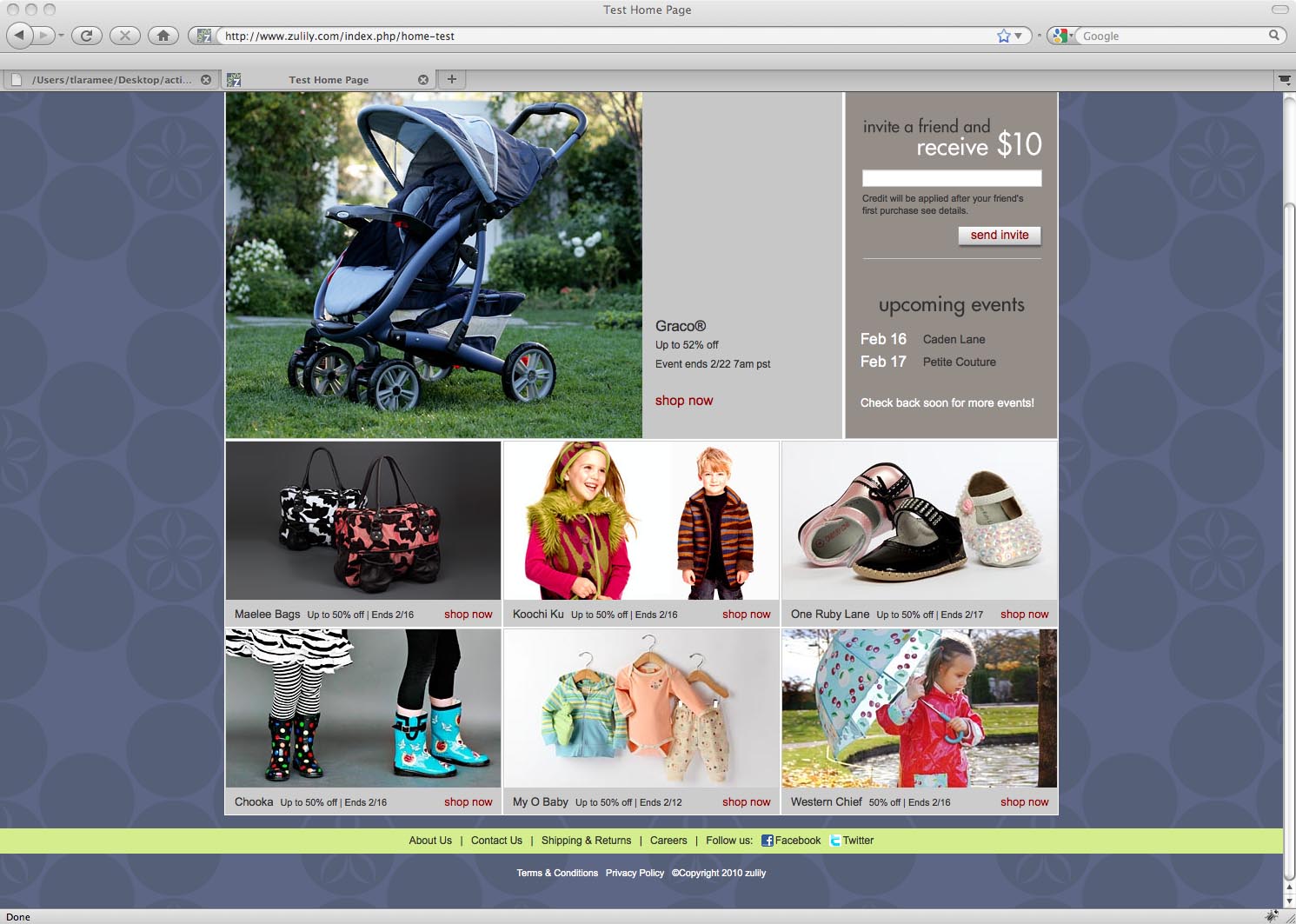