It's very rare that I have a day unencumbered. Yesterday was such a day, and I used it to head to Gothic Basin, which is a hike off of the Mountain Loop Highway in the Cascades.

It's one of my absolute favorite hikes. Here's the WTA summary.

There was 6-12" of snow at the top. I had the whole thing to myself, which is always a bonus.

I wear a Garmin watch with GPS and it did a pretty good job summarizing the descent.

The two most beautiful places I've ever seen in the Pacific NW are (a) Gothic Basin and (b) the Oregon Coast, just south of Cannon Beach .. there are some cliffs overlooking the ocean, and a hike down to a sandy beach where people surf (a search for any of "Smuggler Cove / Treasure Cove / Devils Cauldron / Short Sand Beach" on google maps is the area I'm talking about).

The problem with Gothic Basin is that, by the time you get to the top, you're too tired to summit any of the local peaks (like Gothic Peak or Del Campo Peak). I think I could get a great photo of the lake at the bottom of the basin if I wasn't too lazy to climb Gothic Peak.

I did make three composite photos. This one is three photos stitched together and is the basin itself, looking east:

Composite Of the Basin Itself

You'll want to download that image if you want to see it in detail (it's 28MB and 7364 pixels wide).

This one is near the summit:

Composite Near the Summit

You'll also want to download that image if you want to see it in detail (it's 17MB and 5448 pixels wide).

Same with this one. I think they're both two photos stitched together:

Lookout from the Entrance of Gothic Basin

You'll also want to download that image if you want to see it in detail (it's 18MB and 5420 pixels wide).

This is the path as you approach the summit. 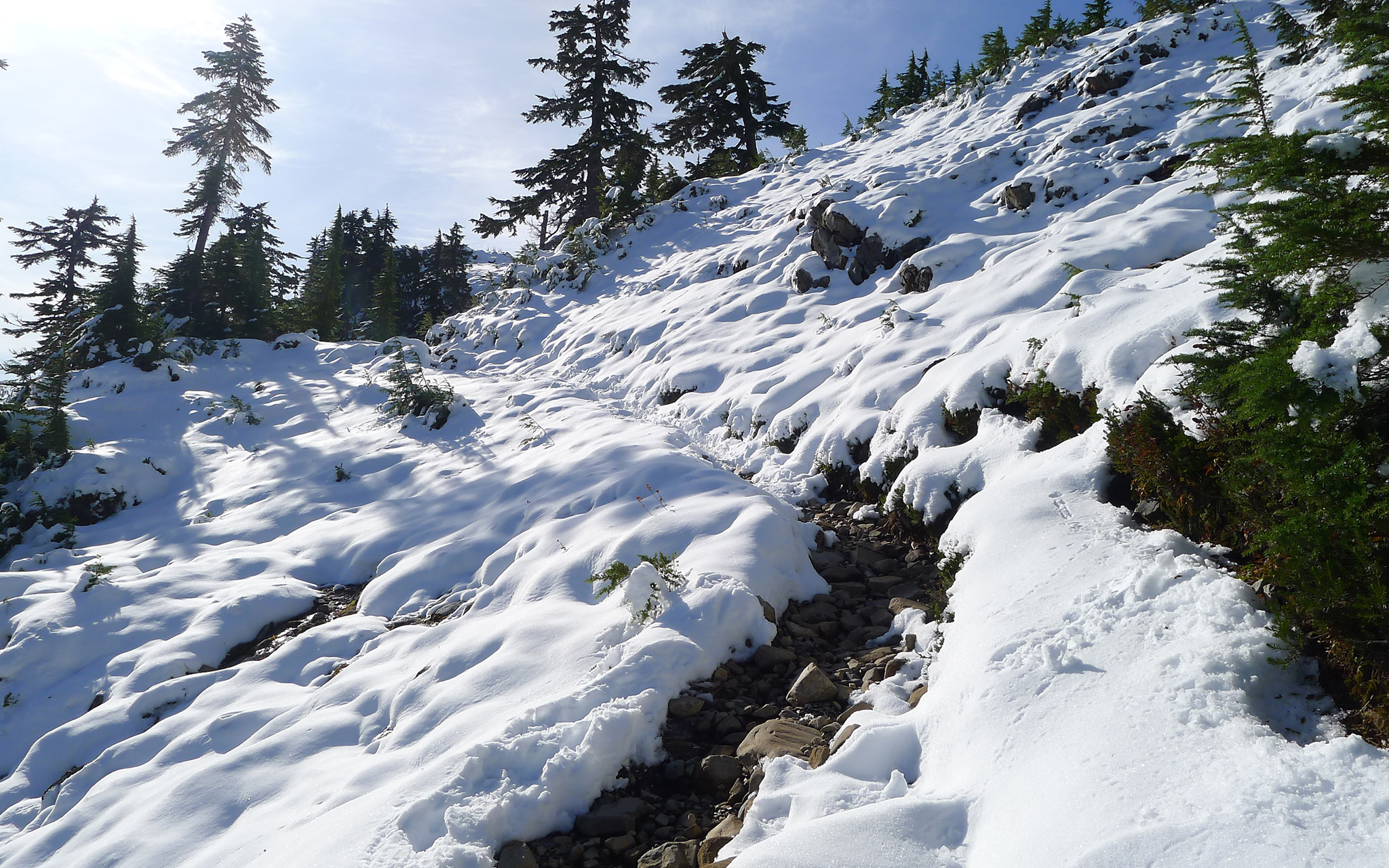 This is the path as you approach the summit.

This is Gothic Lake, at the summit. It was almost entirely covered in ice and was very peaceful. 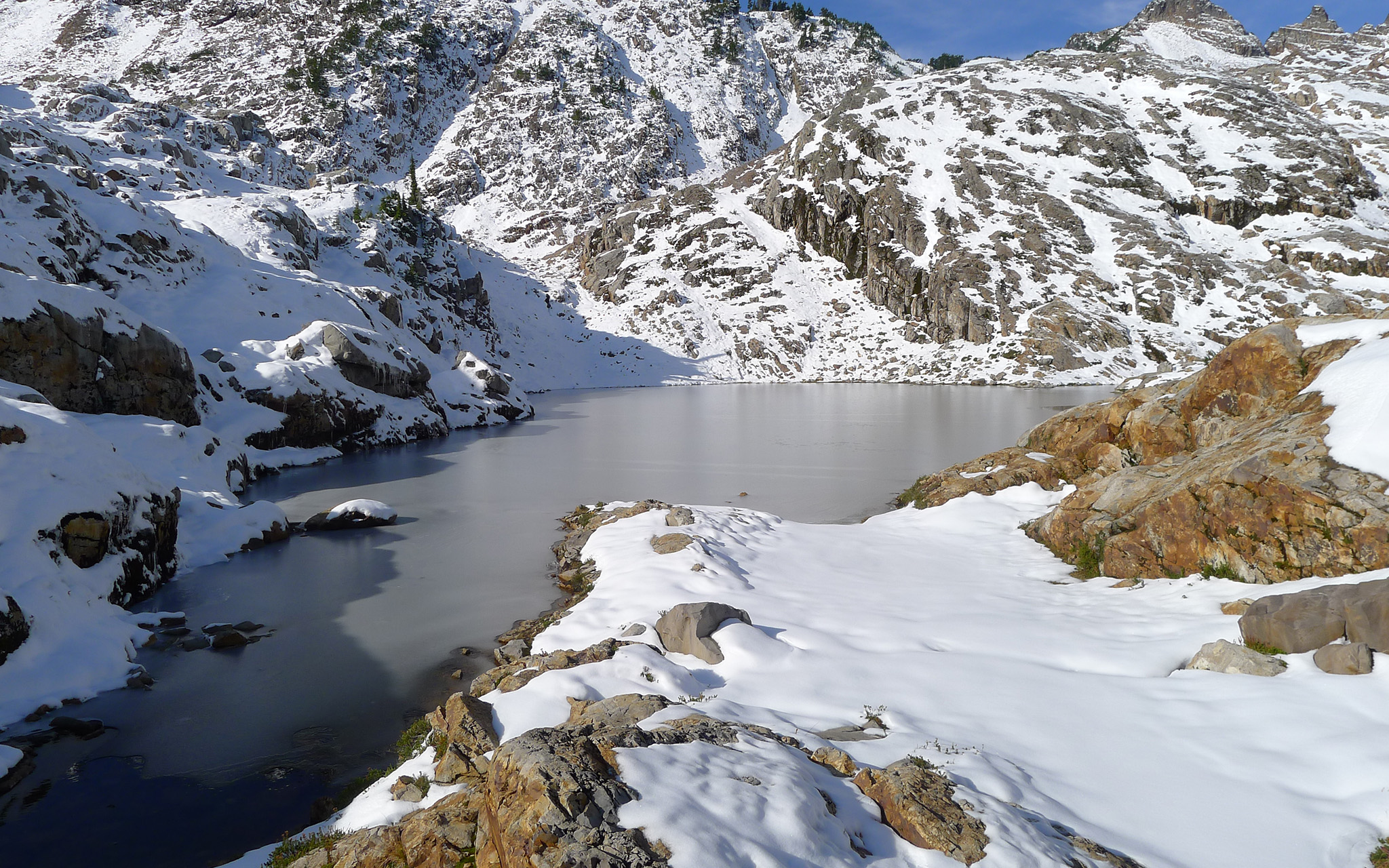 This is looking east towards the basin itself. 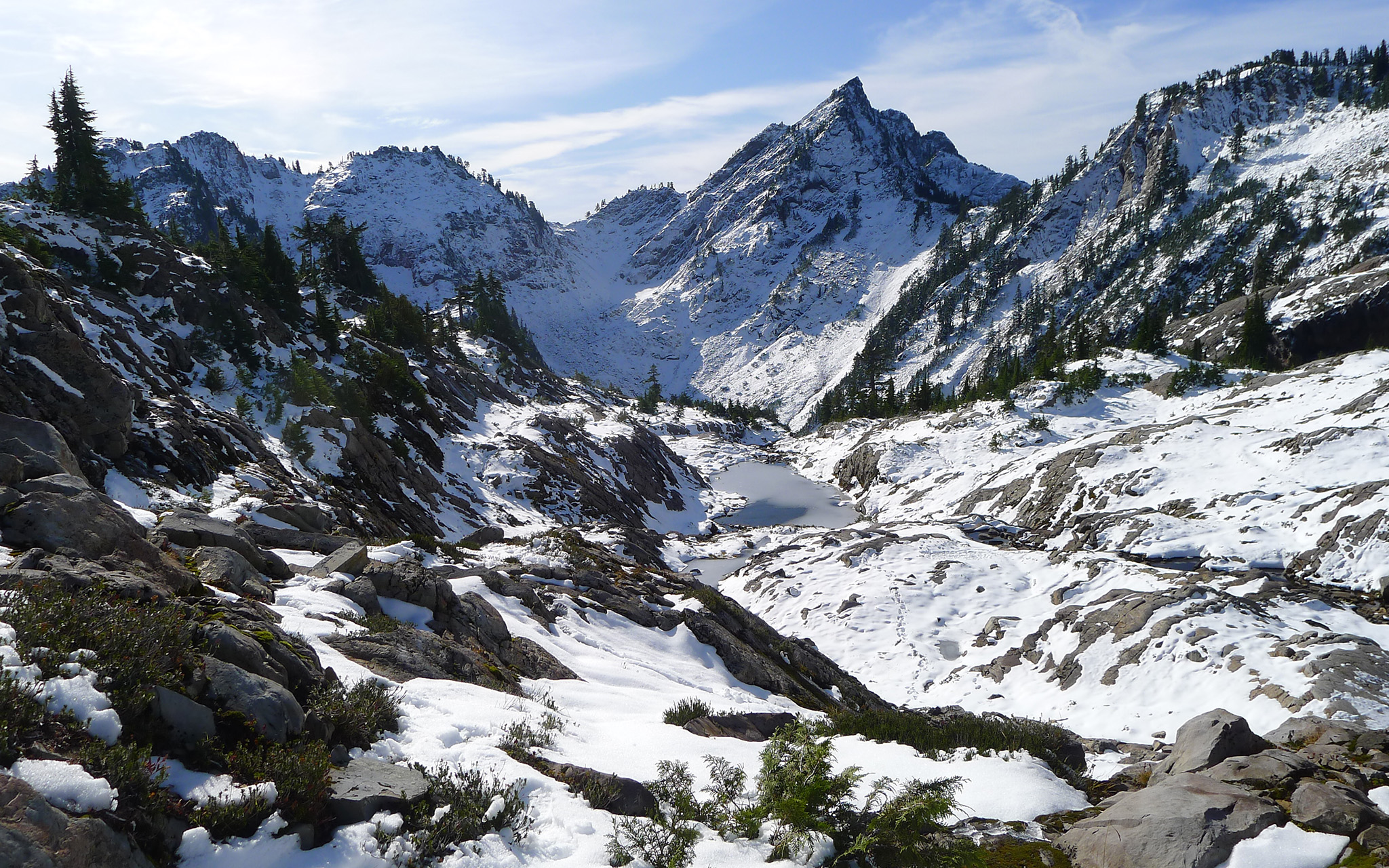 Bert is Not a Four Letter Word (that's what my t-shirt says / and it has a picture of Bert on it). 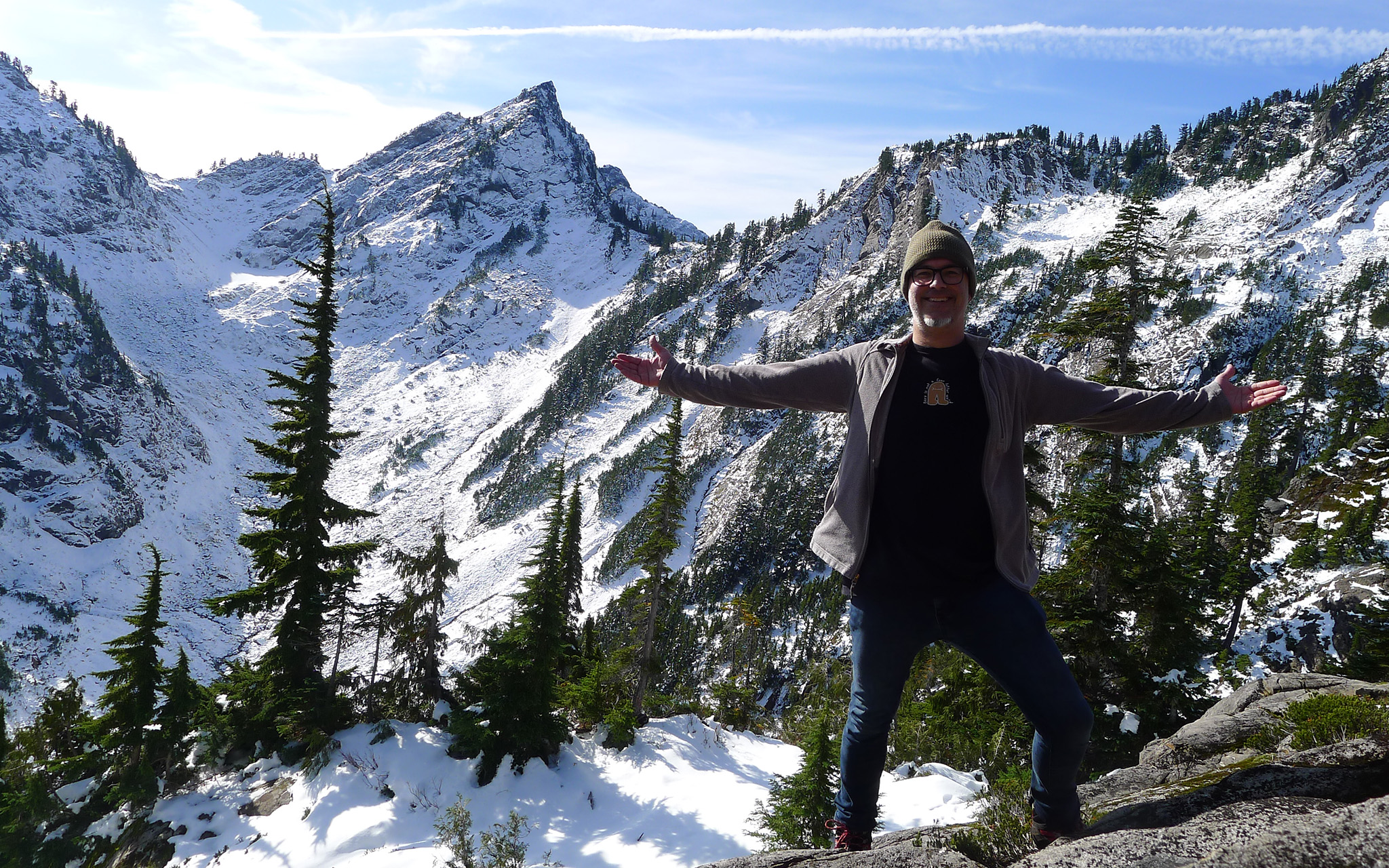 The views along the hike were spectacular. 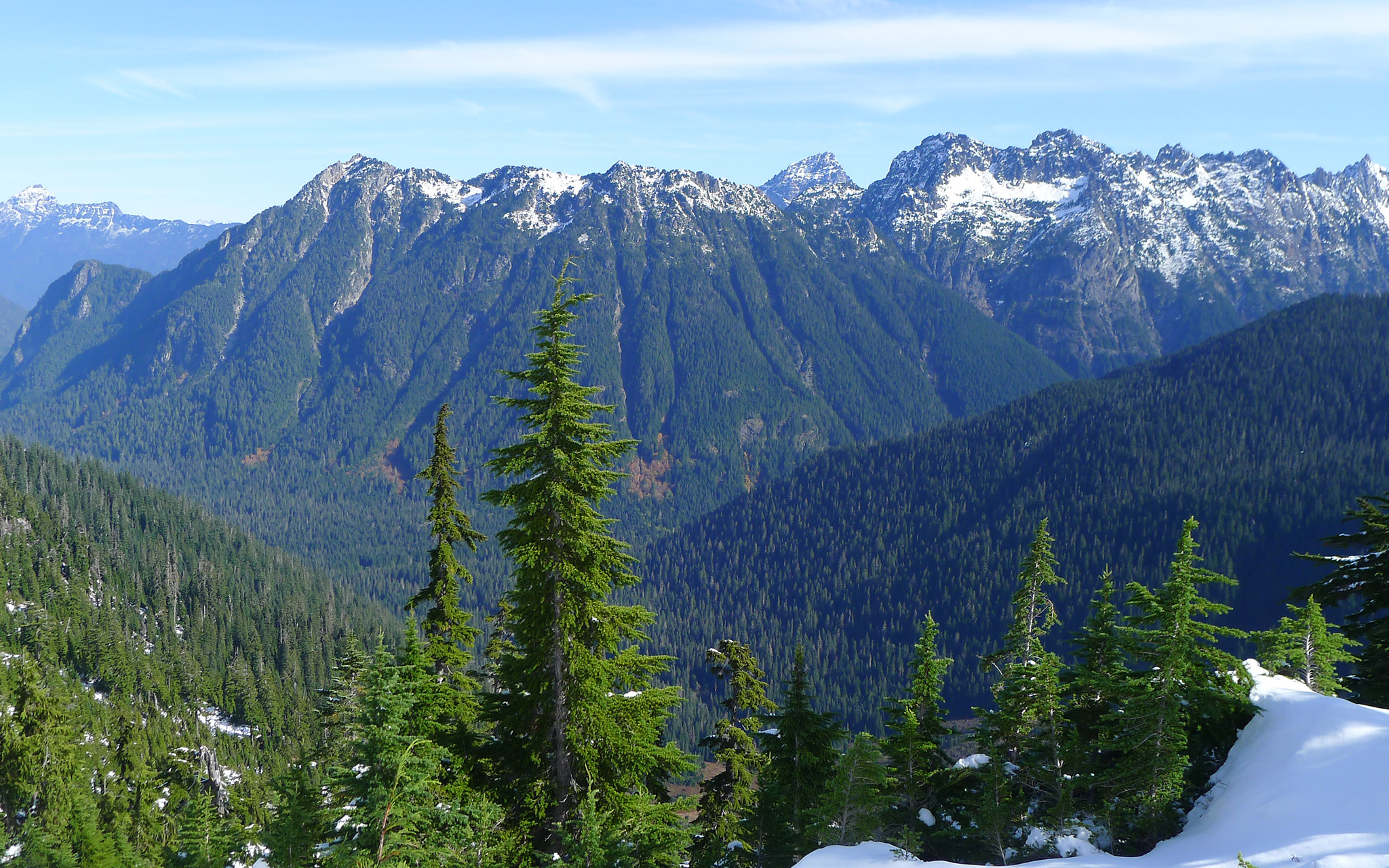 Mountain View on the Descent

The hike overall is very rocky and rugged (and steep). There are three waterfall crossings, and some scrambling. The last mile was icy, most of it covered in snow. 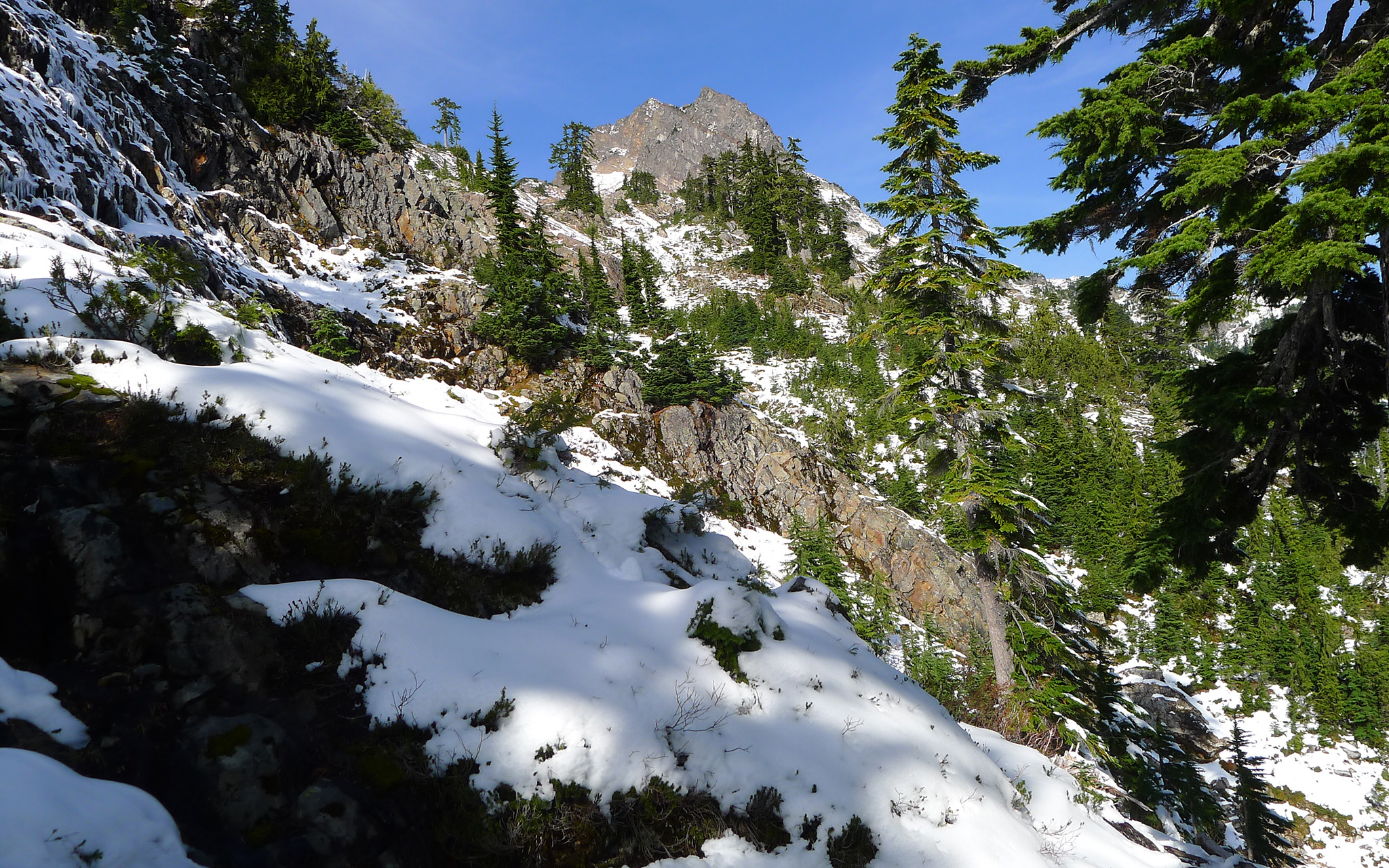