I took the girls to Maui over winter break, and we ended up swimming one afternoon at a beach just south of Hanakao'o Park (NW coast). We had the extraordinary luck to be able to swim with these two guys (who I initially mistook for rocks until I saw them move): 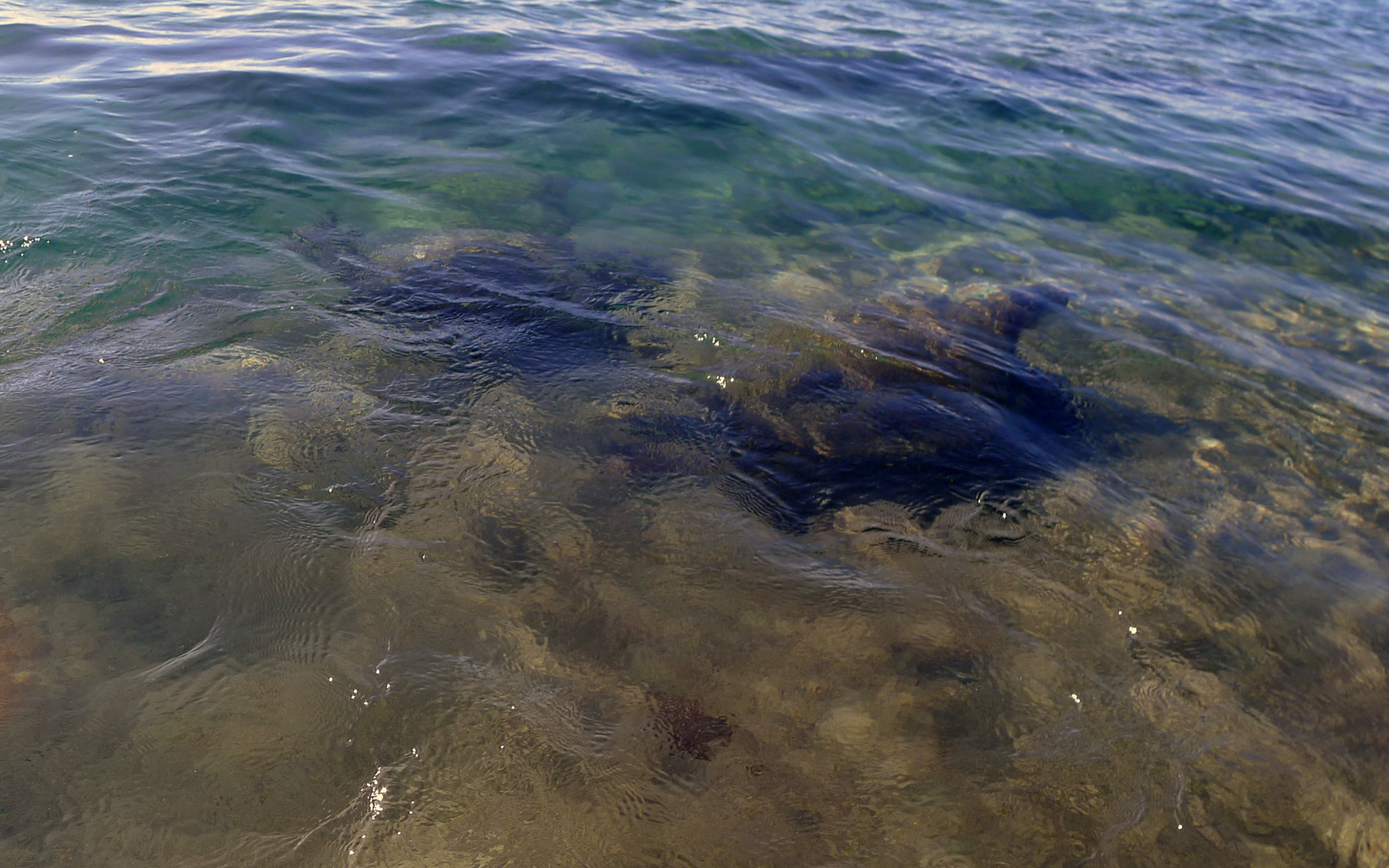 I had time to grab a camera .. this photo is aiming straight down next to where I was standing: 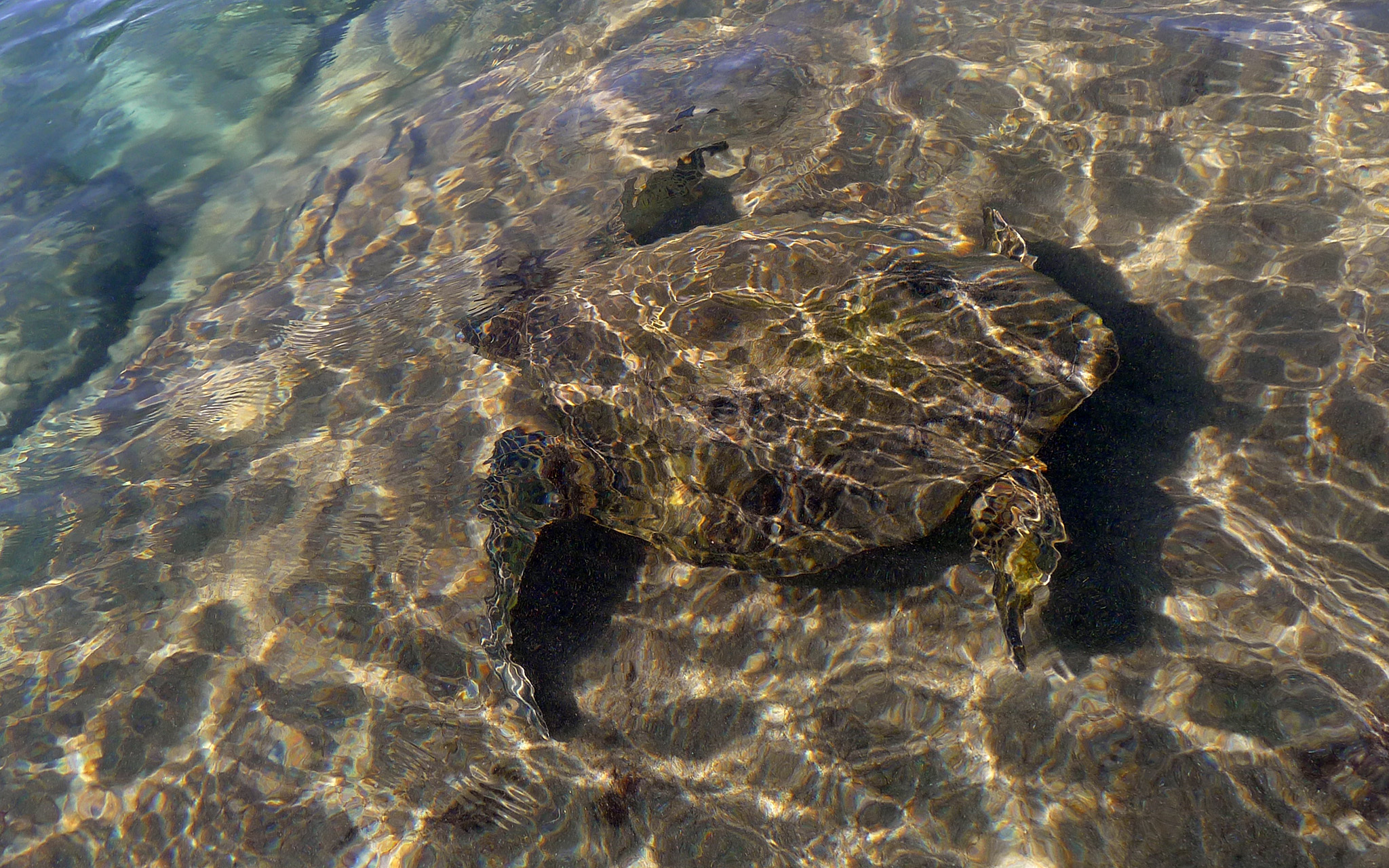 Sea turtles are very graceful, and gentle, and they seemed reasonably content to tolerate us hanging out with them: 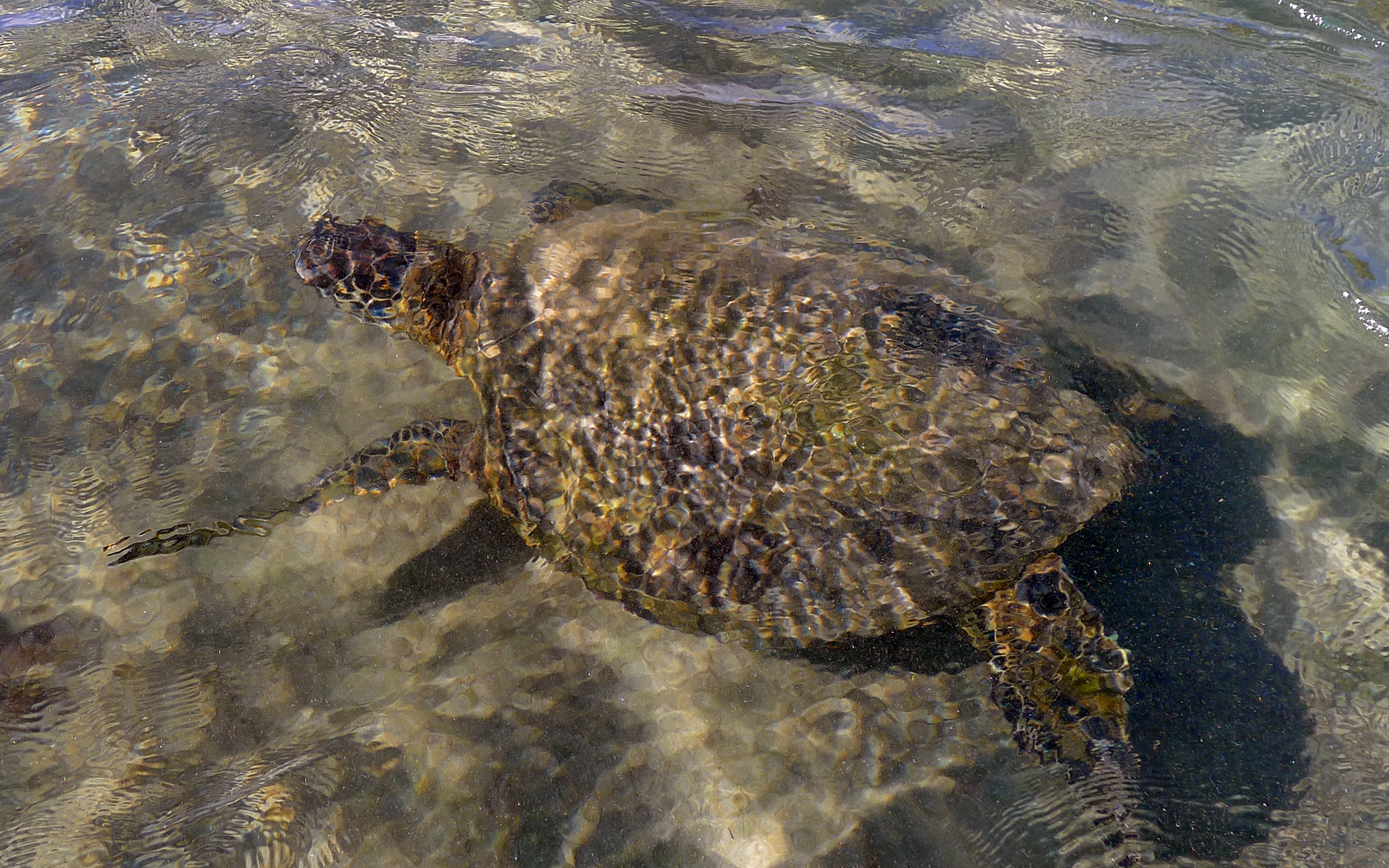 They Sometimes Swim, and Other Times Appear To Just Ride the Current

We grabbed our snorkel gear and swam with one of them for about 20 minutes. This turtle was massive: 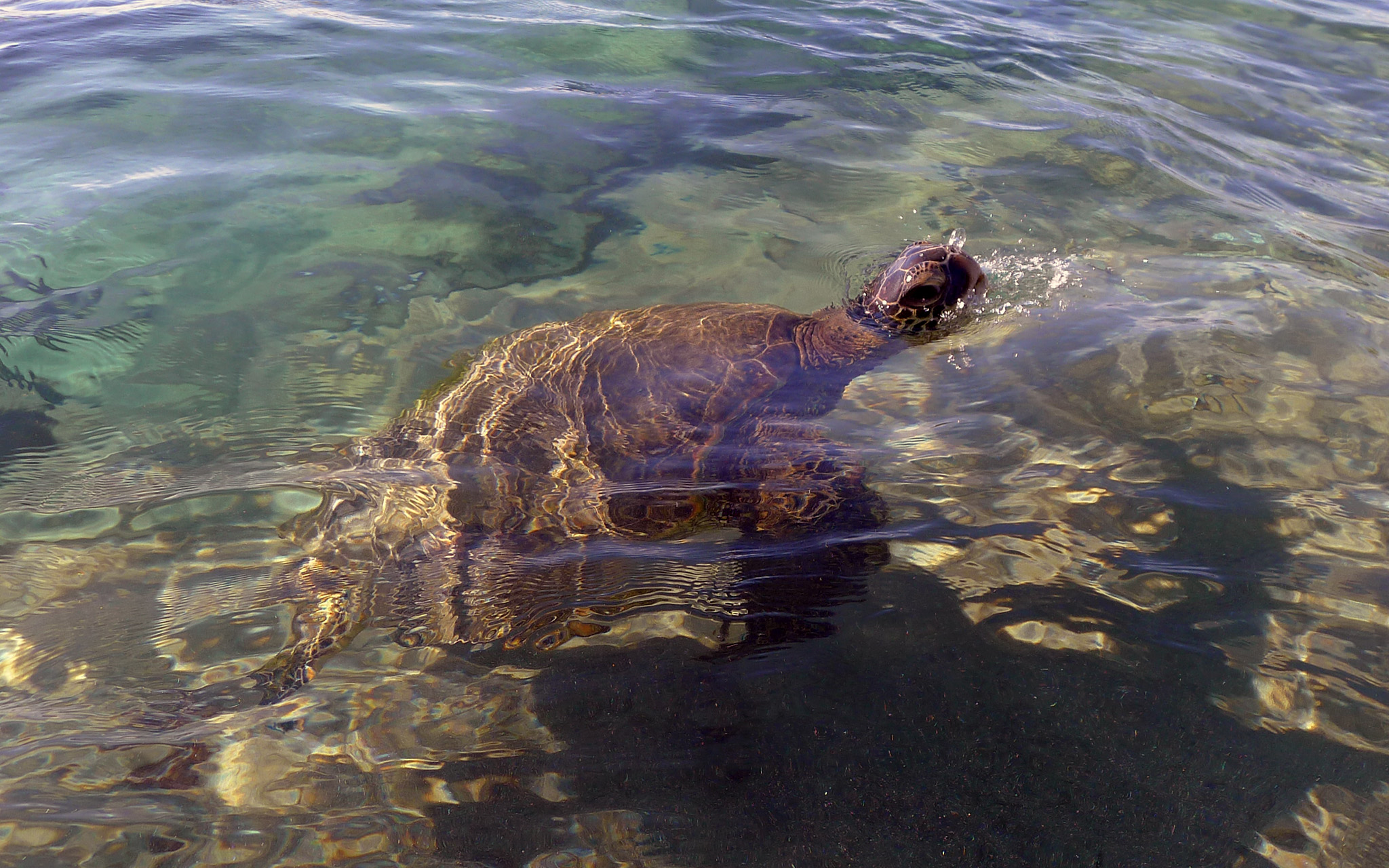 Coming Up For a Quick Look Around

This one is unlikely to be the one we were swimming with (we found her on the beach a little later), but you can get a sense of how big they are .. my guess is around 250 lbs and approx. 50 years old: 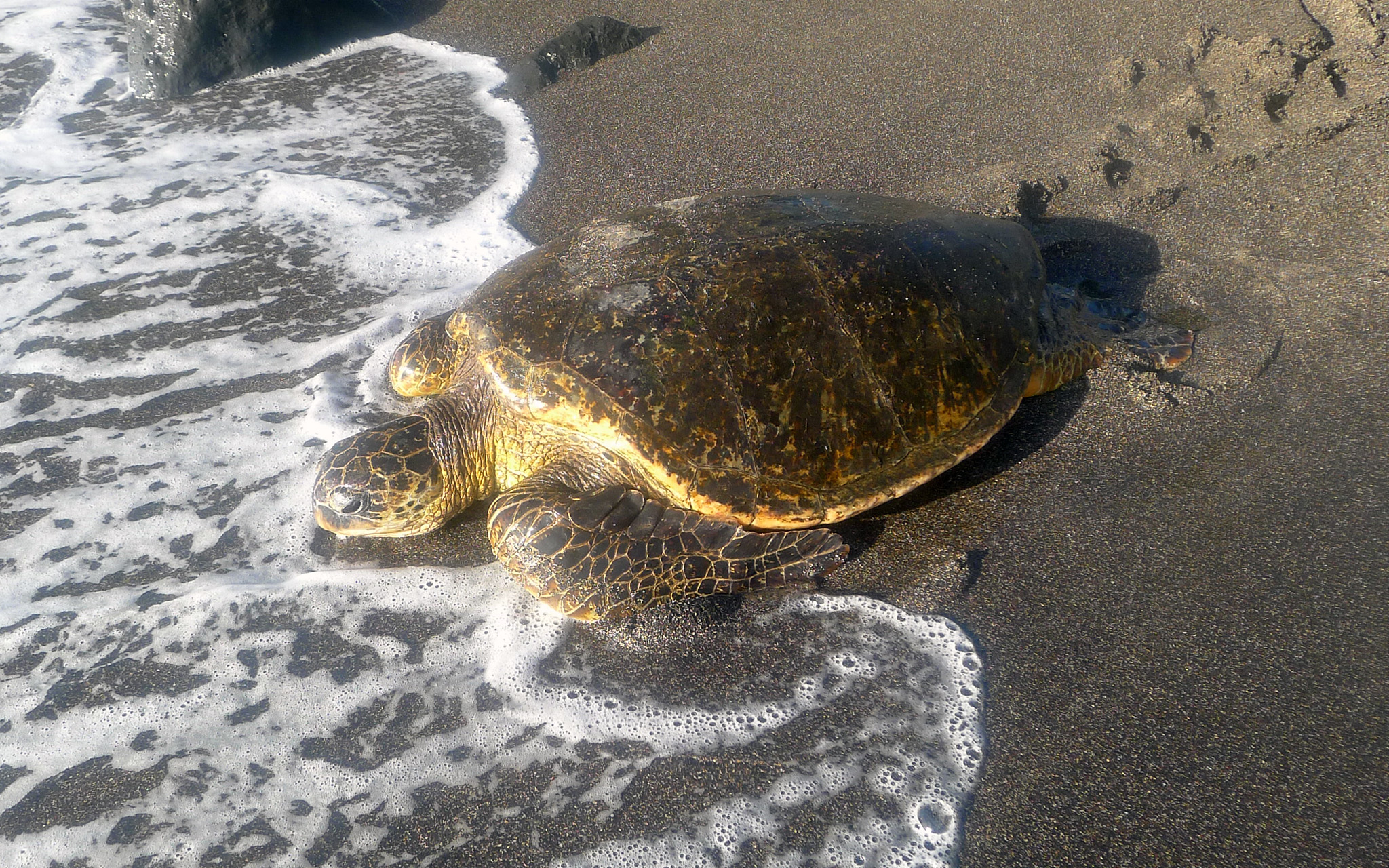 They're a Bit Plodding When On Land. And They're Giant.
&ndsp