The Laramee Filter: pseudorandom thoughts, subsequently put on the Internet.
blog  |  index  |  music  |  hiking and trail running galleries  |  contact
Author:
Tom Laramee
Next: In Defense of Dave Chappelle ...
Date Published:
May 24th, 2022
Previous: Several Thoughts On Anger ...
Word Count:
646 (5:00 read time)
Related:
A Brief Inventory of Japanese Study Before Our Sensai Returns, A Succinct Japanese Phrase That Has a Lot Going On, Japanese Is A Fascinating Language
Filed Under:
Japanese

When I was planning out the academic year with my daughter early last fall, I kept thinking it would be simply ideal to engage her in some sort of entrepreneurial exercise. I had no idea if this might actually come to fruition, nor what shape it might take if it did, but I did keep it back-of-mind all year, waiting for a chance to (a) identify an opportunity (b) propose and design a solution and to ideally (c) produce a product or build a service.

Early in our Japanese studies, we were out seeking study resources one afternoon: specifically, flash cards with specific conjugations of Japanese verbs on them. We went down to kinokuniya and inquired if such a product existed.

This was likely the first time I actually spoke Japanese to a native Japanese person. I tried to describe what I was looking for an walked through the conjugations of tabemasu (to eat) as an example:

The woman said "That's a great idea! But I don't know of such a thing".

My daughter and I did some research and we did find some digital cards (I'm not sure which conjugations are available for said cards, but the cards are available in digital form), but we didn't find too much in the way of physical cards. We began to talk about what it might entail to create some cards where:

...and then out would come out would be a set of customized flashcards.

We also discussed a couple of other high-level ideas:

A few weeks later, we had bought a shrink-wrapper, and some printable index cards, and had compiled a set of 120 verbs with their conjugations, and I had written some simple software to print the verbs onto the index cards.

Today we printed our first complete set of cards: 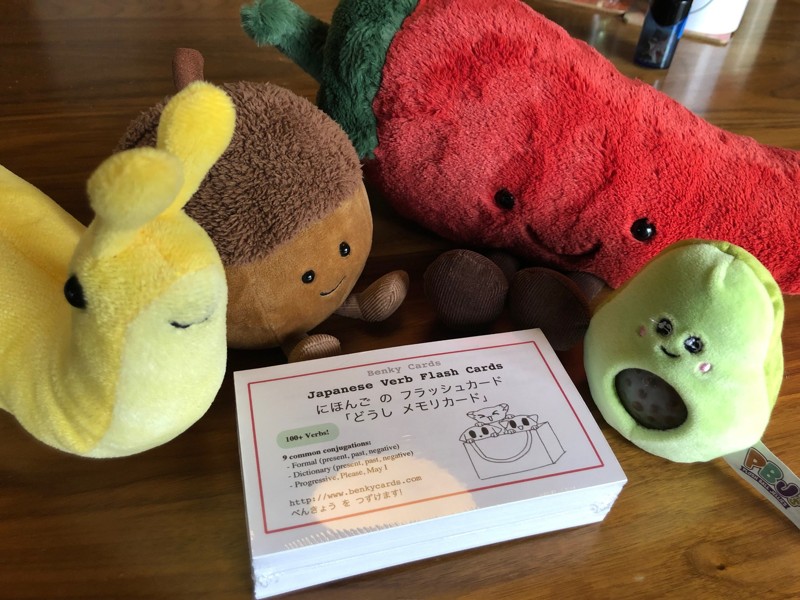 This is what the front looks like. The word "benky" is a anglicized version of the Japanese word "benkyou" (べんきょう), which means "study". The verb "to study" (which is obviously in our verb set, is benkyoushimasu (べんきょうします)). So in essence, "benky" is an attempt to convey the concept of "study". The katakana says, essentially, "memory cards". 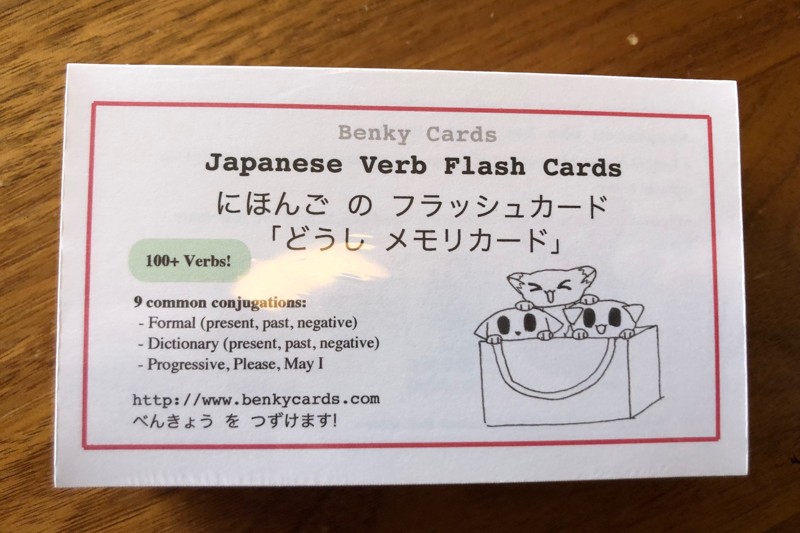 Alina's Art Is On the Front Card

The face of each card has an English description of the verb, plus it's hiragana. The cards are grouped into sets of ten, so you can study the set in groups instead of being overwhelmed by so many cards: 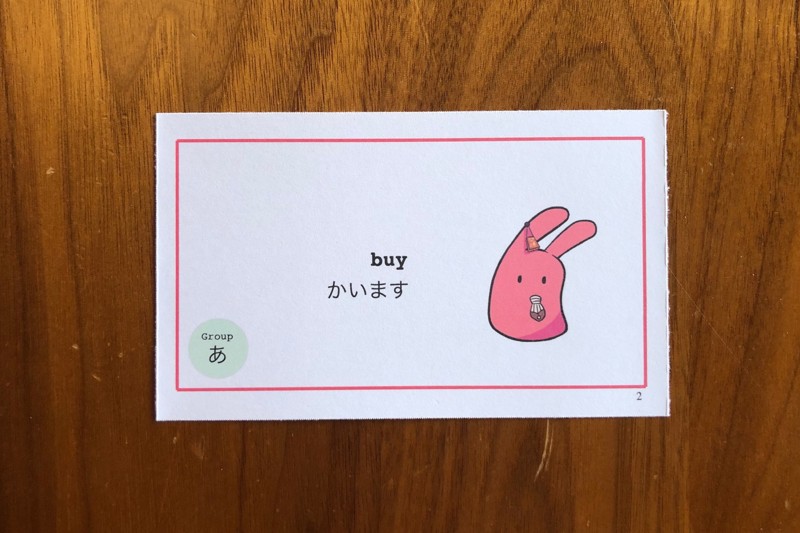 The back of the card has the verb's prefix*, plus nine common verb tenses, including use of the te- (て) form of the verb, which is incredibly useful for deriving all kinds of uses for any given verb: 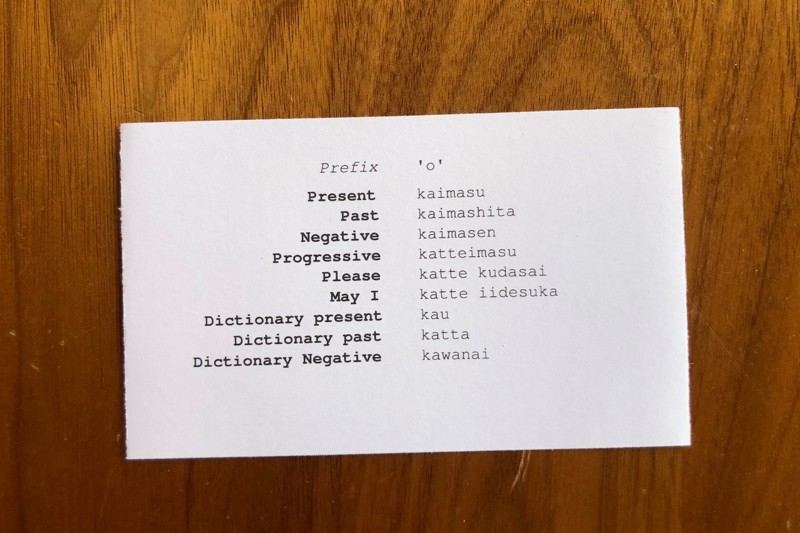 * In this case, the verb "to buy" (kaimasu) normally has an object (that which one is buying or has bought), and so it's almost always used in conjunction with an "o" to tie verb and object together, e.g.: